How do we look beyond the horizon of our own earth-bound circumstances? 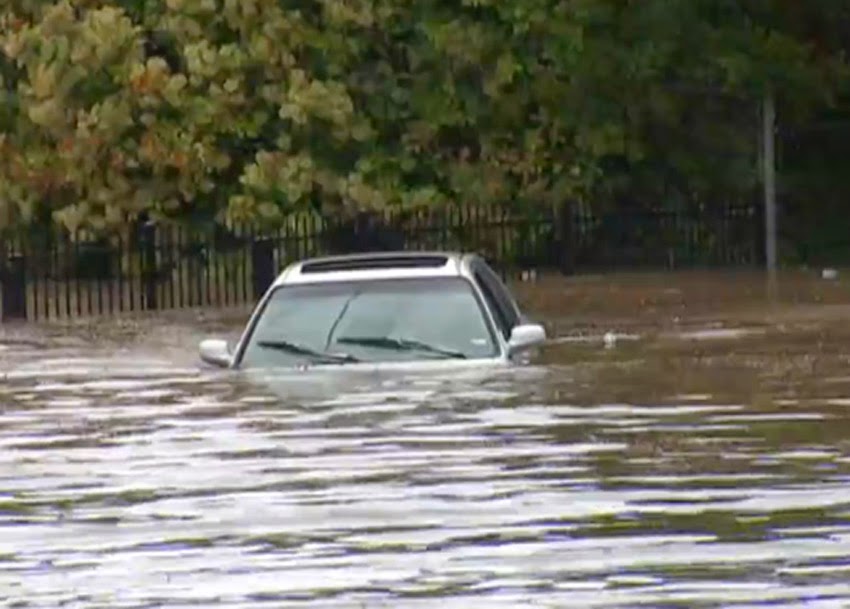 Years ago, when someone asked, "Do you think it will ever stop raining?" I had a ready answer: "I think so, but I'm gathering gopher wood and pairs of animals just in case!"

People would nod, and smile, and even laugh, because they knew the Bible story of Noah and the Ark. These days, many people just look blank when I give that answer, because they don't know the story.

We keep looking for a world that has no problems, or at least a world where all problems are solved. There is such a world, but it is not to be found in this life. It is in "the Land Beyond" where God will wipe away every tear, and there will be no more death or mourning or crying or pain (Revelation 21:3-4).

Weather has been the major topic of conversation in Texas this year. Those who think Texas is just hot and dry are not even half right. Tornadoes, hailstorms, floods, cooler-than-usual temperatures, have been the lead stories almost every day. Imagine building an eight-inch curb around the entire 3,200 mile perimeter of Texas (Steven Matthew Read hiked it in 359 days spanning parts of 2009 and 2010). The rain that has fallen on Texas this month would overflow that gigantic wading pool of 254 counties and 268,596 square miles. Despite record rainfall and flooding, the meteorologists warn that this may not mark the end of our seven-year drought. 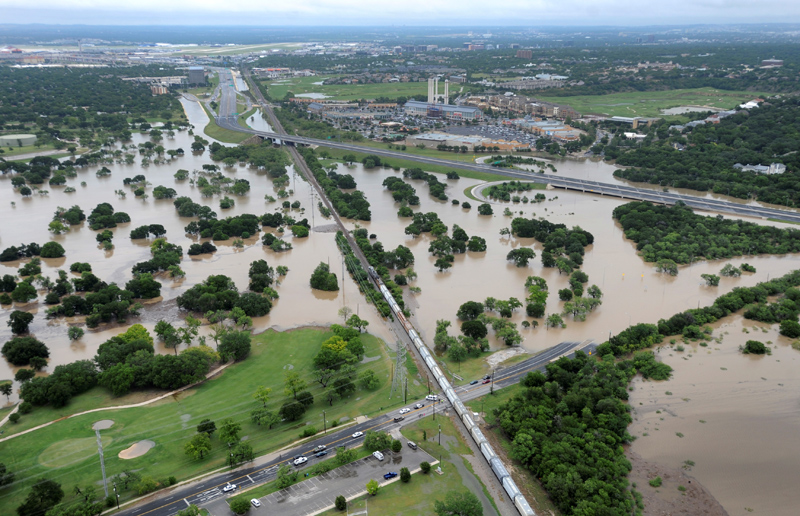 Every community in the state has known the blessing of much-needed rain, and most have been touched by the accompanying tragedies. With twenty-four known dead and at least eleven still missing, we have all been reminded of that thin thread separating the living from the dead. A family whose vacation cabin was swept downstream with them inside, and people whose cars and trucks were almost instantly engulfed remind us that life decisions should be made for the long haul rather than the short. For those who survived, the healing strength of faith, family, and friends is a blessing beyond measure.

Remember that television commercial from more than twenty years ago? "What do you want to do?" one boy asked another. "Oh, I dunno... finish school, I guess... then high school... college... job... wife... kids... retire, hang it up... tool on down to Miami... get me some white shoes and pants that come up to my chest... complain about the government full time."

"Nah," his friend said, "I just mean what do you wanna do this afternoon?"

Suddenly their faces light up, and they decide they should just act like kids... have fun... go to the beach... and drink Pepsi.

It was an entertaining commercial — more so than the programs it sponsored — and it sold a lot of soda pop. But it portrayed a shallow, misleading image of life. Life is so much more than what happens this afternoon, or until we retire, or die. We exist today, and our faith says we will always exist somewhere.

Generations of clock-watchers can never understand a concept like eternity. Charles W. Eliot, who became president of Harvard in 1869 and remained in that post forty years, once exclaimed, "Eternity — for some who can't spend one half hour profitably!" People who can't decide how to spend an afternoon will surely be miserable in eternity. They are understandably not impressed with the miracle of resurrection.

We need something to grab our attention and get us to look beyond the years we expect to live on this earth.
For the apostle Paul and for us, however, resurrection is much more than a point for debate or discussion. It is the core of Christian doctrine, the center around which all of life revolves.

For some reason — possibly because it seems so abstract and far away — many people find it hard to take eternity seriously. One of "Murphy's Laws" says, "Tell a man there are 300 billion stars in the universe and he'll believe you. Tell him a bench has wet paint on it and he'll have to touch it to be sure." Some of those same people will diet, exercise, or buy into something they can touch, but will not choose a life that lasts beyond this earth.

We need something to grab our attention and get us to look beyond the years we expect to live on this earth, and nothing grabs our attention more than the resurrection of Jesus and the promise of our own.

What Philip Yancey wrote about Easter Sunday applies to every Sunday's reminder of resurrection:

Easter gives a sneak preview of how all history will look from the vantage point of eternity. Every scar, every hurt, every disappointment will be seen in a different light, bathed in an eternity of love and trust. Nothing — not even the murder of God's own Son — can end the relationship between God and human beings. In the alchemy of redemption, that most villainous crime becomes our healing strength.*

The apostle Peter beckons to join the praise and experience the healing of this great promise of redemption and healing strength:

Praise be to the God and Father of our Lord Jesus Christ! In his great mercy he has given us new birth into a living hope through the resurrection of Jesus Christ from the dead, and into an inheritance that can never perish, spoil or fade. This inheritance is kept in heaven for you, who through faith are shielded by God’s power until the coming of the salvation that is ready to be revealed in the last time. In all this you greatly rejoice, though now for a little while you may have had to suffer grief in all kinds of trials. These have come so that the proven genuineness of your faith—of greater worth than gold, which perishes even though refined by fire—may result in praise, glory and honor when Jesus Christ is revealed. Though you have not seen him, you love him; and even though you do not see him now, you believe in him and are filled with an inexpressible and glorious joy, for you are receiving the end result of your faith, the salvation of your souls (1Peter 1:3-10). 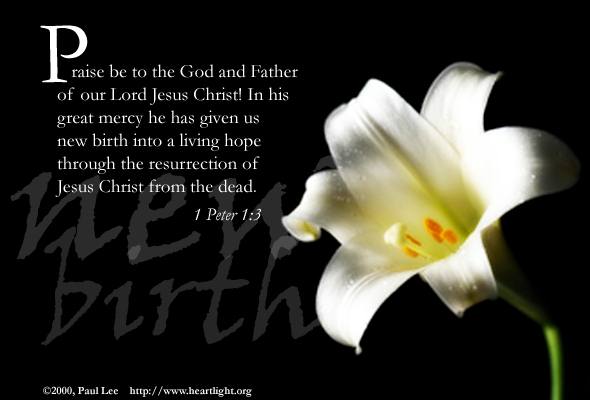 * Italics added for emphasis by the author.
[Back to Post]

"Our Healing Strength" by Phillip Morrison is licensed under a Creative Commons License. Heartlight encourages you to share this material with others in church bulletins, personal emails, and other non-commercial uses. Please see our Usage Guidelines for more information.