What really is the fault line in our culture's view of women? 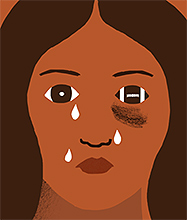 No, these are not the sounds of a new breakfast cereal. These are the sounds of handcuffs on the wrists, a digital camera flash in the face, and a cell door closing behind another NFL player arrested for domestic violence. Each story sickens us more. Of course these high profile arrests are the headline grabbers. Unfortunately there are many other incidents — far too many others — and because no one of notoriety is involved, these incidents never make the news.

The rising tide of violence against women is a stain on the soul of our western culture. As we have pontificated against the demeaning treatment of women in other cultures, we have neglected to be honest about how little value we place on women in our own culture. Under the masquerade of equal rights, we have tried to assuage our cultural conscience. Yet we sense somewhere deep within us that our culture is deeply flawed and that flaw shows up in our treatment of women. When we closely listen to our prevailing media messages about women, we recognize that our culture does not value a woman for who she is created to be — someone precious and sacred, someone valued by her Creator. 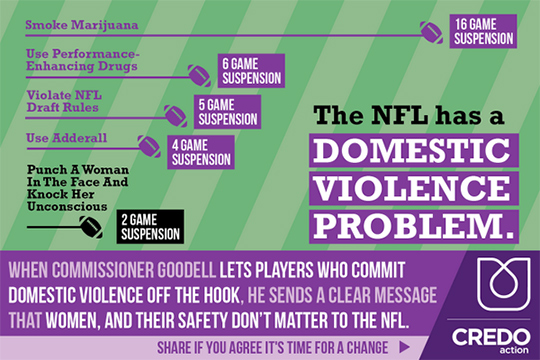 We give the appearance that a woman has equal rights, but have built into our powerful systems of advertising, music, and visual media easily accepted lies. These lies portray that a woman's chief value is to be admired, desired, possessed, and used by a man as a sexual object. Our cultural solution to this debased and utilitarian male view of women is to tell women they have the right to become as debauched as a man — they can view and treat men in the same way men treat women.

When we get to choose who is of value and who is not, we have broken part of what makes us human.

Is a person less of a person based on that person's lack of productivity in our system?

Is a person less a person because of her or his being less useful or pleasing to us?

Is a person less a person because of the demands, discomforts, inconveniences, or embarrassments that person might place upon us?

Despite our protestations, we know that something deeply embedded in our culture is broken. We sense it as our world groans in the death throes of an anguish we cannot identify. We have bought the lies of our fallen world and forgotten one of the cardinal truths about sin: It is sinful to use people and love things, instead of loving people and using things.

Sadly, I fear those of us who claim to follow Jesus have not spoken grace into this cultural black hole. We have politicked for family values and Christian values, but haven't changed our scale of value for women as defined by Scripture and demonstrated by Jesus. We have chosen the values of our experience instead of the radical kingdom values of our God. We have largely argued politics and demonstrated the status quo instead of providing God's redemptive model for the fallen world — new creations living out the Creator's intent and demonstrating Jesus' kingdom ethic that values people.

My heart is full of anguish at seeing our culture's despicable violence against women. I will try to humbly offer a few insights over the next several weeks about what the Bible says about the value of women in God's eyes — if for no other reason at least to remind myself. I pray that these insights are helpful. There will be no political harangue. Only the gentle request that we keep asking the Holy Spirit to remove the scales from our eyes so that we can see all people as the Father does and value all people as Jesus did in his earthly ministry.

Today, I offer one passage for us to ponder as we pray for the Spirit to work on our hearts and mold our understandings over the next week. This passage comes from our beginning:

Then God said, "Let us make human beings in our image, to be like us. They will reign over the fish in the sea, the birds in the sky, the livestock, all the wild animals on the earth, and the small animals that scurry along the ground."

So God created human beings in his own image. In the image of God he created them; male and female he created them. Then God looked over all he had made, and he saw that it was very good! 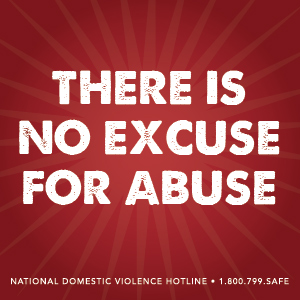 From the beginning, God wanted us to know that every single person — male or female — is created in His image. Their differences and their unique characteristics are very good. Each is a sacred person who bears the likeness of his or her Father in heaven. Each has intrinsic value because she or he was carefully fashioned by God in the womb. God didn't make one a first class person and the other a second class person based on gender. To treat one as less than the other, or to speak to one as less than a sacred person, is a violation of the Creator's intent and not acceptable in the Lord's kingdom.

This is just one, small, first step in a journey. Yet as small as this step may seem, it is the crucial first step.

What's our next step?

Created out of the same Stuff: The Foundation of Reciprocal Respect

Top graphic image is from the LA Times.

"Of Sacred Value" by Phil Ware is licensed under a Creative Commons License. Heartlight encourages you to share this material with others in church bulletins, personal emails, and other non-commercial uses. Please see our Usage Guidelines for more information.