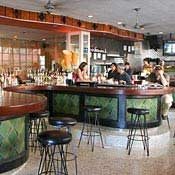 Because my work involves so much mandatory reading, I don't get to do lots of pleasure reading. There is just too little time for short stories or poetry. I typically only get to the things friends have already read and recommend to me. They are my book reviewers. They keep me from wasting time.

My favorite popular writer is John Grisham. He is the author of twenty-two novels, one work of nonfiction, a collection of stories, and a novel for young readers. I respect good story-tellers, and he knows how to tell a good story. 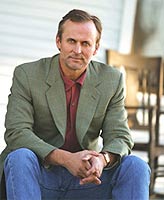 Although his books have sold some 300 million copies, people sometimes pan him. "He's no Hemingway or Faulkner!" says one reviewer. "He is not a particularly good writer," pontificates another, "and it is unlikely that anyone will be reading his 'potboilers' in another generation."

Sour grapes! Some of the people writing that tripe would kill to have just one book that sold half as many as his slowest title. But that's another story.

I like the fact that Grisham doesn't take himself too seriously. In one interview with the Associated Press, the 59-year-old writer disclaimed any visions of great literary fiction. "It's pure entertainment," he said. Sounds downright humble, doesn't it? And that quality is most refreshing — and rare — these days.

In the course of that same interview, he mentioned a fact from his earliest days of attempting to write that grabbed my attention.

Life has far too many "what ifs" for most of us!
"The alarm clock would go off at 5, and I'd jump in the shower," he said. "My office was five minutes away. And I had to be at my desk, at my office, with the first cup of coffee, a legal pad — and write the first word at 5:30, five days a week." His goal was to write one page every day. If it took ten minutes, so be it. Sometimes he would write for two hours before starting his job as a lawyer.

Grisham said that such a rigorous discipline was one of several "little rituals that were silly and brutal, but very important."

Self-discipline toward a goal is critical. And it is hardly a secret. But it is the difference in making it and living with regret. 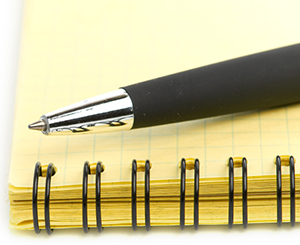 Life has far too many "what ifs" for most of us!

The courage to take risks and to reach for a dream is there for all of us. God doesn't offer life without challenge; he offers grace to those with courage.

For God has not given us a spirit of fear and timidity, but of power, love, and self-discipline (2 Timothy 1:8 NLT3).

"Early Morning Coffee Discipline" by Rubel Shelly is licensed under a Creative Commons License. Heartlight encourages you to share this material with others in church bulletins, personal emails, and other non-commercial uses. Please see our Usage Guidelines for more information.