How can we make the message of life so boringly predictable? 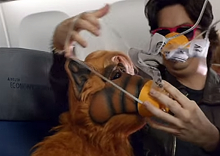 I fly. In fact, I've flown a lot lately. So I have caught myself in a sympathetic smile as the pre-flight video begins to play or the flight attendant begins to go through "the safety features of our aircraft" speech and then holds up the seatbelt demonstrating the way to click it and un-click it as she or he warns us not to disable the smoke detectors in the lavatories.

As I look around the cabin, I see very few listening — except maybe the flight-phobic white-knuckled newbies gripping a seat arm in one hand and the safety information card in the other. As the most ignored message known to humankind continues, I think to myself, "The only thing comparable to this predictable and oft-repeated monologue is the last ten minutes of one of those ultra-boring and irrelevant sermons folded into an equally lifeless worship service."

Imagine my surprise on a recent flight. Up popped Delta's latest pre-flight message. As I let myself watch the first few minutes, I found myself laughing out loud. What I expected to be full of the same ol' spiel was actually full of humorous surprises. I ended up watching the whole thing! 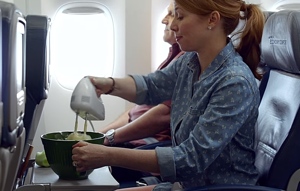 As watched, I kept waiting for each new changing scene for the out-of-place surprise embedded in the standard message. I don't fly Delta much — they don't fly to my dusty part of west Texas — but it made me want to fly them again. If they are not afraid to throw a little humor at something as serious as our FAA mandated pre-flight message, then hooray for them.* This makes me feel that they probably pay careful attention to other important things if they are willing to invest time, creativity, and money into this standard pre-flight message.

As communicators know but sometimes forget, our messages must be fresh. Our most needed and important messages can easily grow stale because people think they know what they are going to hear and see. So if we have an important message that needs to be delivered, then we had better find a way to grab people's attention and show it's more than the old routine blah-blah-blah and yada-yada-yada they've always heard. Which brings me to my point.

I can't think of many sins worse than making the story of Jesus boring.

Jesus got in trouble when he exploded everything his contemporaries considered holy by calling God Abba Father when he prayed. On top of that, he received those who were not so religiously acceptable. Then he disregarded the traditions about not working as a healer on the holy day. Then in a move that would have seemed crazy for a speaker, he began his most important statements with an "Amen! Amen!" when no one else had ever heard of such a thing. (This is so strange even today, that we translate the "Amen!" a way so it doesn't make Jesus sound weird — "Verily, verily..." "Truly I say to you...") 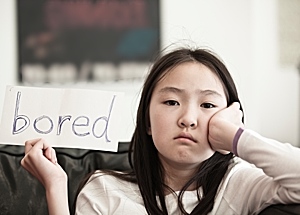 Jesus picked up children and used them to drive home an important message when others tried to shoo them away. He fed thousands with a little boy's fish sandwiches and made his doubting disciples clean up after the picnic. Then there is that humpy back camel trying to not only stick his big nose through the eye of a sewing needle, but his whole body. (Sadly, we feel like we have to invent a gate in the wall of Jerusalem to make this palatable!) Then there is the time when Jesus as a carpenter from a non-seaside town told lifetime fishermen how and where to fish. Imagine doing that with the Deadliest Catch bunch!

And Jesus told stories... lots of stories. (I've often wondered how often he got criticized as a preacher who told too many stories. "Well he's a good man, but I think he just tells so many stories and doesn't use enough Scripture to be taken seriously.")

Jesus kept it interesting as he tried to grab the hearts of those who heard him. Most of these stories were comforting, challenging, or convicting. Some even seem hard and judgmental. Some come off as too easy, forgiving, and loving — at least until you try to live the truth they proclaim. Some are deeply moving. Some are simple. All of them attach themselves to the hearts of those who genuinely listen. More than a splinter in our mind, Jesus' stories become a growing infection in their heart; an infection that has the power to bring about change, comfort, hope, or conviction.

I can't think of many sins worse than making the story of Jesus boring. 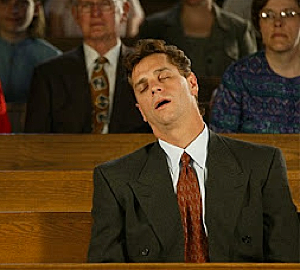 When heard at the level of urgency and surprise with which Jesus lived, the message of the gospel can be humorous, serious, ironic, surprising, convicting, comforting, challenging, shattering, and full of joyous surprise. Let's notice how Jesus connected people to God as the Living Word of God. Sure, some folks got mad, some stormed off, some plotted to not only get him fired, but to get him killed. Yet few things were off limits for Jesus to use as an illustration or a moment of gracious truth — remember the woman with the flow of blood. The most ordinary events of daily life became the lifeline to connect heaven's grace to human need, to confront human comfortability with holy conviction, and to heal using the surgeon's scalpel on wounds caused by hell's schemes.

So let's invite Jesus to church** with all his surprising grace. Let's see if we can't reach more people's hearts with a Jesus-styled message.

* This is part of an ongoing effort that Delta began several years ago. You can find different versions of the pre-flight message on YouTube. Here are two to give you a glimpse of what they are about — the first is the one I saw recently. The other is a knock off of the 80's, both add a little humor to a predictable and often ignored message.

** This is the first part of a series of posts by Phil Ware called "Inviting Jesus to Church."

"Refuse to Make Jesus Boring" by Phil Ware is licensed under a Creative Commons License. Heartlight encourages you to share this material with others in church bulletins, personal emails, and other non-commercial uses. Please see our Usage Guidelines for more information.