How can this happen? 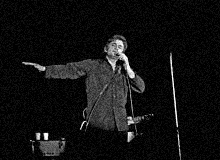 You can imagine my humorous delight to see the notice in my Gmail Inbox from Amazon.com saying: "Johnny Cash's New Album Releasing March 25, 2014." I chuckled and thought to myself, "Way to go Johnny, that's some major comeback!" 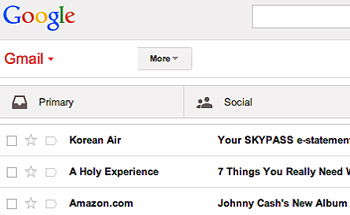 In case you missed it, Johnny passed away September 12, 2003. So the wording struck a chord in my twisted sense of humor. You have to admit, to release a "new album" ten-and-a-half years after his death is quite an accomplishment, even for a legend like Johnny Cash. That's quite a career after death. Of course, 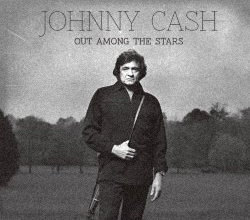 I figured that this album, "Out Among the Stars," would be a remix of old favorites, but it is not. These are songs never released. So in a way, if the album does well, it is a major comeback.

Years ago, my dad and I played Johnny Cash tunes together on cheap guitars in our den to please no one but ourselves. When my dad passed away when I was twenty-five, my guitar playing pretty much disappeared. However, I have stayed in touch with the latest Cash releases, and was deeply moved by Johnny's by his re-do of the Nine Inch Nails song, "Hurt." His video release of this song is still deeply moving to me as he deals honestly with his failings as a man who wants to be more than what he has become.

No one that I know in music has had more major comebacks in his career or his life than Johnny Cash. While he blew it so many times, his faith (and the tenacity of his second wife, June Carter) reached into the ash heap he had made of his life and raised him back up — from drugs and alcohol, womanizing, depression, prison, and bad health. So the "Man in Black" is back with all new stuff past an age where such things are possible. Such is the Johnny Cash mystique. 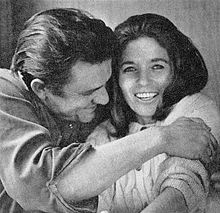 I don't know where you are in your own journey, but maybe it's time for you to have a major comeback. It's not just Johnny Cash that the Lord can empower to a major comeback. He can do one in you. It's one of the things Jesus specializes in doing. The old apostle of love, John, wrote these hope-filled words about the power of Jesus to help us make our own comeback from our own personal ash heap of a life:

If we confess our sins, he is faithful and just and will forgive us our sins and purify us from all unrighteousness (1 John 1:9).

Jesus doesn't just forgive; he purifies! He re-makes us clean and new, ready for a holy comeback.

One of Jesus' first comeback projects was Peter. The apostle John had a front row seat to this great comeback performance, so it is not surprising that he recorded it with great tenderness and emotion (John 21:1-19). Watching Jesus deal with Peter helped John understand the importance of being both forgiven and purified, then put back into service for the Lord.

At the "Last Supper," Jesus had warned Peter that he would deny his Lord three times. Jesus' words were in response to Peter claiming, with great bravado, that even if all the others ran away, he would die for the Lord.

On the night Jesus was betrayed, Peter did deny the Lord three times. He didn't die for the Lord when the others all ran away. His bravado failed and so did his resolve when the soldiers came with Judas to arrest Jesus. He was devastated at his own failure. The words describing his devastation are hauntingly and emotionally true to Peter's sense of failure. His close ministry companion, Mark, recorded Peter's reaction with (ironically) three simple words: "and crashing wept" (kai epibalown eklaien — translated into English, "And he broke down and wept" (Mark 14:72). 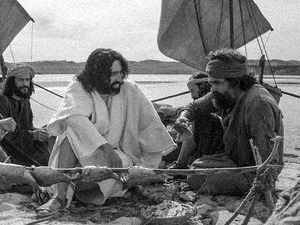 So after the Lord's resurrection, he met his apostles over a meal of fish. This breakfast followed a miraculous catch of fish, an event reminiscent of Peter's original call (Luke 5:1-10). At the first catch of fish, Peter exclaimed to Jesus, "Go away from me, Lord; I am a sinful man!" (Luke 5:8). Jesus led Peter to this same realization once again. Peter had to face his sin if he was going for a great comeback. So Jesus lovingly, but firmly, confronted Peter about his bold statements about being more faithful than the rest. "Do you really love me more than these?" The Lord lovingly confronts him once, twice, and then three times: just like Peter denied the Lord... three times. Peter didn't miss the point! John records it this way:

A third time he [Jesus] asked him [Peter], "Simon son of John, do you love me?" Peter was hurt that Jesus asked the question a third time. He said, "Lord, you know everything. You know that I love you." Jesus said, "Then feed my sheep" (John 21:17 — underlining added for emphasis).

Confessing our sins, confronting our moral and spiritual failures, is not something we do alone away from people who love us and love Jesus. Confession means telling the truth about our sin to God and other living and breathing people who can accept us, support us, forgive us, and encourage us to make a comeback. As Jesus' brother put it:

Confess your sins to each other and pray for each other so that you may be healed (James 5:16 NLT).

"A Major Comeback?" by Phil Ware is licensed under a Creative Commons License. Heartlight encourages you to share this material with others in church bulletins, personal emails, and other non-commercial uses. Please see our Usage Guidelines for more information.