How could he know for sure? 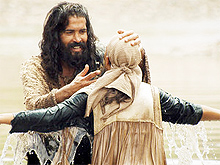 by Stacy Voss (02/21/2014) | Just for Women
Few could disagree that he was a strange sort. His appearance alone reflected that, as did his diet of locusts. Yes, locusts.

But that isn't what set him apart. It was his life — his very purpose and the way he intentionally spent each breath — that distinguished this man. He was a preparer. A truth-teller. A baptizer.

He name was John.

His life of pure obedience had a price, for Herod imprisoned him after he told Herod it was unlawful for him to be married to his brother's wife (Matthew 14:1-4).

I imagine him questioning, wondering as he sat in the cold prison cell. Did I misunderstand? Should I not have said anything? Was it really worth it? And the biggest, the one that answered all others: Was that really Jesus? 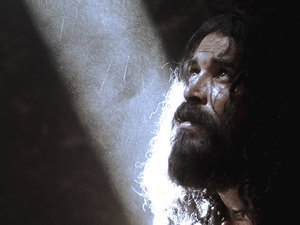 It was that final question that caused him to send one of his disciples to Jesus and find out. Jesus answered (you can read his whole response in Matthew 11:4-6), but here's where it gets really interesting to me: John's guys were about to leave when Jesus starts talking about John the Baptist!

I can't say for sure, but I picture them stopping in their tracks, scratching their heads in disbelief. Is Jesus talking about John? There's no way! But as they listened, their suspicions were confirmed. Eavesdrop with them:

"What kind of man did you go into the wilderness to see? Was he a weak reed, swayed by every breath of wind? Or were you expecting to see a man dressed in expensive clothes? No, people with expensive clothes live in palaces. Were you looking for a prophet? Yes, and he is more than a prophet. John is the man to whom the Scriptures refer when they say,

Look, I am sending my messenger ahead of you,
and he will prepare your way before you. 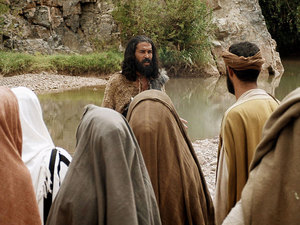 "I tell you the truth, of all who have ever lived, none is greater than John the Baptist. Yet even the least person in the Kingdom of Heaven is greater than he is! And from the time John the Baptist began preaching until now, the Kingdom of Heaven has been forcefully advancing, and violent people are attacking it. For before John came, all the prophets and the law of Moses looked forward to this present time. And if you are willing to accept what I say, he is Elijah, the one the prophets said would come. Anyone with ears to hear should listen and understand!

I don't think anyone has ever run faster to a prison cell. "John, John, you won't believe this. You just have to hear what Jesus said about you?

"About me? I thought you were going to ask about him?"

I picture knees hitting the ground!
"We did, but do you know what he called you? He said there is no one greater than you born of women."

"Yeah, and he said that you are the Elijah that was to come."

I picture knees hitting the ground, first John's and then his disciples. Quiet tears of joy, humility trickle down John's cheeks at the grace, the unmerited favor in Jesus' words.

He "went" (or sent, as the situation caused) with questions and doubt. He "returned" with honor and dignity. 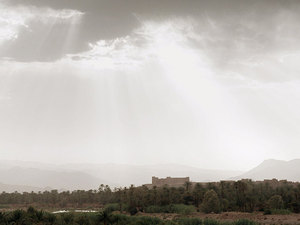 It tells me two things:

Let's honor others with our words as much as possible.

Images courtesy of Free Bible Images. Use by permission, all rights reserved.

This article originally appeared in Stacy's blog Eyes of Your Heart.

"Asking and Honoring" by Stacy Voss is licensed under a Creative Commons License. Heartlight encourages you to share this material with others in church bulletins, personal emails, and other non-commercial uses. Please see our Usage Guidelines for more information.