What will we do when the choice is ours and the moment comes? 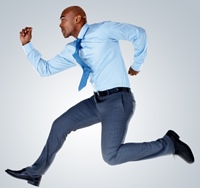 by Phil Ware (09/09/2012) | Two Minute Meditations
We all face moments of moral decision. These decisions often frame the future of our lives in ways we cannot foresee. Satan, the liar and murderer from the beginning of his interaction with us mortals (John 8:44), will do all he can to make us discount the impact of that decision. He whispers his sweet lies in our heart, "This is no one else's business and what's more, that other person really wants to do it and you are consenting adults; so who is it going to hurt anyway?"

Do you remember the story?

Joseph was in charge. He was well built. He was handsome. He faced temptation to take advantage of his position, his looks, and the Egyptian for whom he worked.

Joseph found favor in his eyes and became his attendant. Potiphar put him in charge of his household, and he entrusted to his care everything he owned. From the time he put him in charge of his household and of all that he owned, the LORD blessed the household of the Egyptian because of Joseph. The blessing of the LORD was on everything Potiphar had, both in the house and in the field. So he left in Joseph's care everything he had; with Joseph in charge, he did not concern himself with anything except the food he ate. Now Joseph was well-built and handsome, and after a while his master's wife took notice of Joseph and said, "Come to bed with me!" (Genesis 39:4-7 NIV).

Somewhere along the way from the cistern where his brothers threw him and the trading block in Egypt, Joseph had been humbled and come to a deep faith in God. Despite being a slave in a foreign land with an opportunity to take sexual advantage of his situation, Joseph remained true to God and to Potiphar, the master of the house:

But he refused. "With me in charge," he told her, "my master does not concern himself with anything in the house; everything he owns he has entrusted to my care. No one is greater in this house than I am. My master has withheld nothing from me except you, because you are his wife. How then could I do such a wicked thing and sin against God?" (Genesis 39:8-9).

Joseph recognized two important principles that God's word repeatedly emphasizes about sexual sin. When we sin sexually, we are not just hurting ourselves and sinning against our own bodies (1 Corinthians 6:18-20), but we are also sinning against (1) the person to whom the person is married (or will be married or against that person's parents) and (2) against God who will hold us accountable for our sin (1 Thessalonians 4:3-8; 2 Samuel 12:13;  Psalm 51:3-4).

Joseph would not violate the trust of his master, Potiphar, and he certainly would not sin against God in this way.

Potiphar's wife continued her sexual pressure and one day the situation reached the point of ultimate decision:

And though she spoke to Joseph day after day, he refused to go to bed with her or even be with her. One day he went into the house to attend to his duties, and none of the household servants was inside. She caught him by his cloak and said, "Come to bed with me!" But he left his cloak in her hand and ran out of the house (Genesis 39:10-12).

Joseph chose to run from the temptation. Thousands of years later, Paul would urge new followers of Jesus to do the same thing:

What will I do?
In the non-Jewish world awash in sexual immorality, the early church grew and thrived. So using the "Joseph Strategy" was just one of the many ways Paul stressed the importance of sexual purity and avoidance of sexual sin:

Let us behave properly as in the day, not in carousing and drunkenness, not in sexual promiscuity and sensuality... (Romans 13:13 NLT).But among you there must not be even a hint of sexual immorality, or of any kind of impurity, or of greed, because these are improper for God's holy people (Ephesians 5:5 NIV).So put to death the sinful, earthly things lurking within you. Have nothing to do with sexual immorality, impurity, lust, and evil desires (Colossians 3:5 NLT).God's will is for you to be holy, so stay away from all sexual sin (1 Thessalonians 4:3 NLT).

Like the first followers of Jesus, we live in a world saturated with sexual temptation and a culture that has lost touch with the will of God for sexual purpose, place, and joy. This creates many moments of decision for all of us as we seek to live for Jesus as people of character and compassion. Yet like Joseph, much of our future influence and power to bless the people we love can hinge on any one of these moments of decision. Like Joseph, we may actually be punished in the short-term for our faithfulness to God (Genesis 39:13-23), but God will use that faithfulness, and even that unjust suffering, to redeem and bless to his glory (1 Peter 3:9-17).

What will we do with our moment of decision?

So what do we do when we give into temptation and blow our "moment of decision"? Can we be forgiven? Can we be restored? I try to address some of the questions on my blog follow up to this post. You can find those thoughts here: The Phil Files — http://hlt.me/P3G75f.

"Moments of Decision" by Phil Ware is licensed under a Creative Commons License. Heartlight encourages you to share this material with others in church bulletins, personal emails, and other non-commercial uses. Please see our Usage Guidelines for more information.