Why is it so hard to call it what it really is? 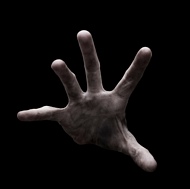 by Rubel Shelly (07/13/2012) | Leading in Hope
"What kind of sick-o gets into that sort of stuff?" was the news anchor's question. She had just reported the arrest last week of 190 persons in a child sex abuse and online pornography crackdown. Operation Orion also rescued 18 children — several of them too young to be attending school — in the process.

"How sick does somebody have to be to strap on a dynamite vest, walk into a crowded place, and blow himself up?" many of us have asked after a terrorist bombing of a bus stop in Israel or some public place in Afghanistan.

Granting that most of us don't mean to absolve such people of guilt for their actions, I protest the choice of the word "sick" in these cases. I prefer "evil."

The term "evil" has a long and honorable history in moral discourse. Yes, its history is indeed honorable for the simple reason that it acknowledges the human nature, accountability, and culpability of persons who steal, rape, or murder.

Think about it. There is no greater insult to a human being than to reduce her to a set of genetic properties and environmental accidents. It is honorable to call her a rapist for seducing a 14-year-old boy in her math class, for it treats her as a responsible person. It is profoundly dishonorable to claim "she couldn't help what she did" because of a sad childhood or a psychological disorder.

I am neither naïve nor unfeeling. Genetics plays a major role in human behavior, and early impressions, cultural conditioning, or malicious programing may lie behind behaviors ranging from offensive to criminal. But we have tended to take this awareness too far. It has been used to shape not only our language but the social perception that moral evil may no longer be a meaningful category.

Only by retaining the notion of evil can we affirm and preserve the dignity of the human race.
The reductionism of certain disciplines pares down what was once deemed to be human character traits to physics. Thus what one does to disrupt the social order or to harm a particular individual is no more evil than a rock tumbling off a mountain and crushing a hiker to death. What happens just happens. If we had known all the relevant factors in advance, we could have expected it — and done something to alter the outcome. This is the stuff of criminal defense every day.

But if there is no real "evil" anymore, is there any "good" either? And who should determine desirable and undesirable? Who should get to alter our genes or engineer our social settings? Should that person be allowed to medicate all of us to eliminate what he or she judges undesirable? Or has that person any real choice in the matter? Isn't he being manipulated by undetectable factors too?

Christian theology begins with the affirmation that humans are created in God's image, capable of choosing between good and evil, and accountable for the choices we make. Yes, we are all sinners. But God loves even the worst among us enough to provide redemption through Christ for all of us.

Strange as it may sound, only by retaining the notion of evil can we affirm and preserve the dignity of the human race.

Do not be overcome by evil, but overcome evil with good (The Apostle Paul,  Romans 12:21 NIV).

"I Prefer 'Evil'" by Rubel Shelly is licensed under a Creative Commons License. Heartlight encourages you to share this material with others in church bulletins, personal emails, and other non-commercial uses. Please see our Usage Guidelines for more information.