So what are we supposed to think about if not this? 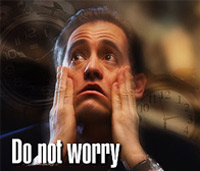 This man was very involved in his spiritual community as well. In fact, he was a leader. When "Brother ... " was mentioned heads nodded in agreement that he was indeed a good and righteous man. He taught classes, he would regularly take part in the public assemblies, and anytime a brother needed advice or assistance on a project this good man was ready to help. He offered wise and sensible counsel and was capable of helping on almost every project that came along.

This was a good family man. He loved his wife and they had three very handsome and fine sons who married three very pretty and fine young ladies. They all had children who of course were very fine and beautiful children. As you would expect this man was a wonderful grandfather and his daughters-in-law loved him as if he were their own father.

From all outward appearances this man was a really good man, he was respected in the community, admired by his fellow church members, and loved by his family. He was a very good man.

What no one knew, other than this man and God, is that he had a problem. Not a bad problem. In fact, some, if not all, would not consider it a problem at all. Although the problem was real it is often excused because after all, "We are only human. It's just being responsible and a good steward." You see this man was a worrier.

First, he read Jesus' words from the New International Version:

Jesus' words convicted this man.
Next he read it in Eugene Peterson's The Message:

"If you decide for God, living a life of God-worship, it follows that you don't fuss about what's on the table at mealtimes or whether the clothes in your closet are in fashion. There is far more to your life than the food you put in your stomach, more to your outer appearance than the clothes you hang on your body. Look at the birds, free and unfettered, not tied down to a job description, careless in the care of God. And you count far more to him than birds" (Matthew 6:25-26 MSG).

But it was in the King James Version where a phrase caught his eye:

The phrase that caught his eye? This one: "Take no thought ..."

"Wow!" he thought to himself, "Jesus is talking about me. He is telling me to stop worrying. Jesus is telling me that if I am going to follow him, like I want to, I can 'take no thought' about tomorrow, or my food, or my clothes, or about what may or may not happen with my business tomorrow (or next year), or what may happen with my church (over the next five years), or what will happen to my family tomorrow (or next week)."

"Take No Thought?" by Tom Norvell is licensed under a Creative Commons License. Heartlight encourages you to share this material with others in church bulletins, personal emails, and other non-commercial uses. Please see our Usage Guidelines for more information.