I can actually get better? 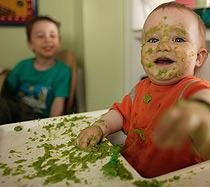 by Phil Ware (01/22/2012) | Two Minute Meditations
We all can make a mess of things. It starts when we are young. We don't even have to try to make a mess — it's just what we do best sometimes. And our messes do not necessarily happen because we've done something bad. We could be just trying to have fun, or live life, or be minding our own business and we make a mess … or someone else makes a mess that happens to us.

Our messes ripple out and cause problems in our families, businesses, lives, friendships, purity, passion, churches, marriages, and dreams. We end up ashamed, demoralized, and embarrassed for what we have done or what has been done to us. And if we are not careful, our spiritual life becomes a game of hide and pretend. Then our wounds go underground and rip apart something inside us polluting how we view ourselves and our relationship with God.

Hmm, imagine what it was like for Saul of Tarsus — later known as the apostle Paul — on the road to Damascus when Jesus said, "Saul, Saul, why do you persecute me?" (Acts 9:4). He considered himself faithful to God, committed to Torah, passionate about holiness, and loyal to the traditions of his people. Suddenly, he found out he was a murderer of those who were following God's Messiah, Jesus — someone he called a blasphemer. Don't you think he saw the face of the dying Stephen as he waited in his blindness for three days to learn what he needed to do to undo the mess he had made (Acts 7:57-60)? Don't you imagine he heard the screams of the families he tore apart as he arrested those who believed in Jesus (Acts 26:9-10)? He wasn't using hyperbole, he was speaking from his heart when said, "Christ Jesus came into the world to save sinners — of whom I am the worst" (1 Timothy 1:12-15).

How do you make your life count after you've made such a mess?

What we see are God's forgiveness and power, given as a gift to help fix the mess that Paul could never fix.

Now imagine the group that loved God and prayed daily for the coming of the Messiah. They had made the trip to Jerusalem for the Passover and are back for Pentecost seven weeks later. They've heard rumors about Jesus' resurrection and then began to witness the amazing miracle of hearing the message in their own language. Then they see these once fearful followers of Jesus are now bold and powerful. Then in a thunderclap of horror, they hear:

"Therefore let all Israel be assured of this: God has made this Jesus, whom you crucified, both Lord and Messiah"

They realized that they were complicit in murdering the Messiah! Some of them had even yelled out, "Crucify him! Crucify him!" So they were cut to the core of their being and their hearts pierced by their sin.

How could they make their lives matter after such a thing?

How would they turn their lives around and undo the mess they had made?

Amazingly, the answer is very much the same as what Saul was told. When they asked what they needed to do, Peter replied:

"Repent and be baptized,a every one of you, in the name of Jesus Christ for the forgiveness of your sins. And you will receive the gift of the Holy Spirit"

So let's admit it again: we have made a mess of things! And for us, two questions still remain.

How do I make my life count after such a mess?

How can I turn my life around after the messes in which I find myself trapped?

"I can make you better after you are broken!"
And God's answer is as simple and clear as it was to them: forgiveness from sin and power from the Holy Spirit!

"But you don't understand! I'm no Paul — I'm not that important or powerful or significant." But weren't there a lot of "normals" out there in the crowd at Pentecost — you know, normal everyday folks like us? And weren't they promised the same thing!

"But we don't have the same power today as they did," many protest and say today. Yet isn't the Holy Spirit we're given the same Spirit they were given? Aren't we promised "incomparably great power" (Ephesians 1:19) that is like the power that raised Jesus from the dead? Aren't we promised that this power comes from the Holy Spirit at work in us (Ephesians 3:16) who "is able to do immeasurably more than all we ask or imagine" (Ephesians 3:20)?

"But I've already been saved and forgiven, but I still make messes!" Yes, and so did they, and they were not only forgiven; they were also cleansed (1 John 1:5-2:2).

So the real question for us is this:

Isn't it time to quit defining ourselves by who we are not and what we don't have and what we've already done so we can start expecting what Jesus promised: his forgiveness and his power through the Holy Spirit!

God wants us to hear him say, "I can make you better after you are broken. My strength is made perfect in weakness!" (2 Corinthians 12:9). 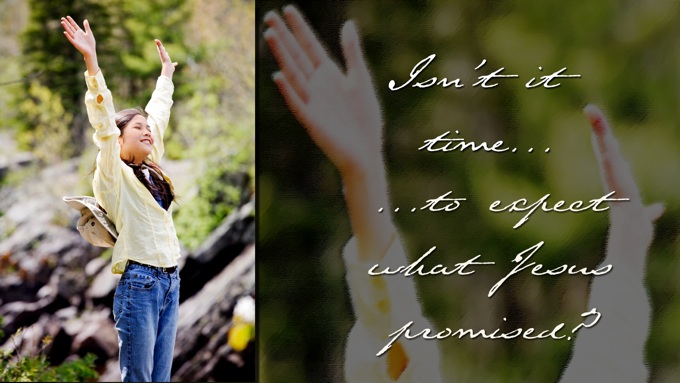 "Better Broken: Forgiveness and Power" by Phil Ware is licensed under a Creative Commons License. Heartlight encourages you to share this material with others in church bulletins, personal emails, and other non-commercial uses. Please see our Usage Guidelines for more information.