How can a muderous adulterer be cleaned whiter than snow? 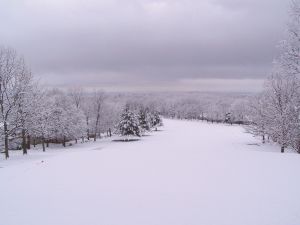 by Steve Ridgell (02/16/2011) | Hope for Life
I love the way fresh snow looks. Everything is beautiful and clean. Snow can be so intensely white that it causes snow blindness. New snow is so pure, it seems as if I am the first person to ever set foot on this landscape. There are no tracks, no ugly ruts, and no old footprints. Culture is full of references to the beauty, purity, and cleanliness of snow. Snow White. Pure as the driven snow.

My own backyard is magically transformed by new snow. No barren spots show in the yard. Uneven spots are leveled under the blanket of snow. The dog trail is covered over. New. Clean. Pure. Spotless.

Maybe that is why he used the analogy about snow. He was a man who committed adultery with one of his employee’s wives. When she got pregnant, he tried to cover it up by having the husband come home so people would think that was when she got pregnant. When that deceit failed, he had the man posted to a high risk assignment that resulted in his being killed, took the widow as his wife, and tried to make the whole affair respectable.

But he was a man of God. When confronted with the enormity of his failure to live according to his commitment, he was devastated. He begged God to forgive him. He begged God to wash him in order that he would be whiter than snow. Forgiven. Cleansed. Restored. Faithful.

And God did. His name was David and he was one of the great heroes of the people of God. He was a great King, a mighty warrior, and man of faith. He was an adulterer, a murderer, and a hypocrite. Clearly he was a man who could not manage his own life. How could he ever make this right? How could he atone for the horror of his actions, his betrayal of all that he believed? He couldn’t make it right. But God could and did.

Have you ever longed for a new life, for forgiveness from past mistakes, for a clean slate? Have you wanted to start again with a life as clean and as pure as snow? Have you wanted the blackness of your life to be white again?

Even the darkest life can be made whiter than snow.
Jesus can do that for you. He has for me, and he has for people all over this world. I would love to help you know that new life. Write me at steve@hopeforlife.org or join the blog discussion at www.hopeforlife.org.

(Expressed written consent must be obtained prior to republishing, retransmitting or otherwise reusing the content of this article.

"Whiter Than Snow" by Steve Ridgell is licensed under a Creative Commons License. Heartlight encourages you to share this material with others in church bulletins, personal emails, and other non-commercial uses. Please see our Usage Guidelines for more information.