Who do you belong to? 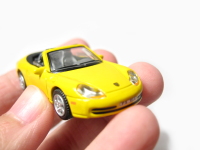 by Tim Archer (10/06/2010) | Hope for Life
I have to admit, I'm a big fan of the Disney/Pixar movies. I always look forward to the movies they bring out. I've become surprisingly attached to fish, bugs, cars and robots as I've watched their films. Yet the films that really stand out in my mind are the "Toy Story" movies.

There's one bit of imagery I like in those movies that emphasizes the concept of belonging. There are important scenes where the toys are shown to have their owner's name written on them, emphasizing the tie they have to him. They are his toys, his treasured possessions.

One reason I like that imagery is because it reminds me of what the Bible says about our relationship to God. Speaking to Christians in the Middle Eastern city of Philadelphia, Jesus promises to the faithful:

I love that idea, that God will want to show everyone that Christians belong to Him. He will write His name on us.

But you are a chosen people, a royal priesthood, a holy nation, a people belonging to God, that you may declare the praises of him who called you out of darkness into his wonderful light. Once you were not a people, but now you are the people of God; once you had not received mercy, but now you have received mercy" (1 Peter 2:9-10).

Who do you belong to?
We are a people belonging to God. Once we weren't even a people, but now we are the people that belong to God. God has written His name on us for all to see. God has chosen us to be His.

Who do you belong to? You have the chance to belong to God, to give yourself to Him and let Him write His name on you. You can be his treasured possession.

If you need to know more about how to belong to God, write to me at tarcher@heraldoftruth.orgor visit our website: www.hopeforlife.org.

"Treasured Possession" by Tim Archer is licensed under a Creative Commons License. Heartlight encourages you to share this material with others in church bulletins, personal emails, and other non-commercial uses. Please see our Usage Guidelines for more information.