Dawn of the New Way: Risen!

What would it have been like to be Jesus' younger brother? 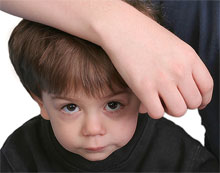 This monster first showed its ugly presence with Cain and Abel. It has infected and polluted the relationships of many families ever since. Whether the rivalry is good-natured and a source of humor, or whether it is a bitter wound and a festering resentment, nearly every one of us has tasted a touch of it. Yet we have seldom thought about Jesus' life in terms of sibling rivalry, even though there are strong hints of it in the four stories of Jesus' life in the New Testament — see Matthew, Mark, Luke and John.

Imagine what it must have been like growing up as Jesus' younger brother,* James! James could have easily thought that Joseph and Mary felt that Jesus was special — like the time when he stayed behind in Jerusalem when he was supposed to be traveling with the family back home (Luke 2:41-50). Yet the four Gospel stories about Jesus show us that no one in Jesus' hometown expected anything special from him — he was just another kid from nowhere Nazareth (Mark 6:1-6).

In fact, the only thing special about Jesus was the slur aimed at the question of his father's identity: "Isn't this the carpenter? Isn't this Mary's boy?" (Mark 3:3. Although, I imagine this was spoken more frequently after Joseph died and Jesus had taken over the carpenter shop for his father.

From James' point of view, at about thirty years of age, Jesus started acting like he was somebody special. After spending time with his cousin, John the Baptizer in the wilderness, Jesus was baptized by John. Jesus then left the carpenter's shop and began to attract large crowds of his own (Mark 1:4-45). His siblings couldn't quite figure out why anyone would follow him. Some even thought he turned the water into wine at a wedding in Cana (John 2:1-11).

Even if they couldn't figure out why, folks did follow their brother, Jesus! On one occasion, he had so many people crowding around for his attention that he and his closest followers didn't have time to eat. James and the other brothers of Jesus came to "rescue" him because they thought their brother Jesus was "out of his mind" (Mark 3:20-21).

Later, they went with their mother, Mary, to visit Jesus as he taught. They could hear the crowd telling Jesus that his family was there. Surely the words stung their hearts as he said: "Who are my mother and my brothers?" Then Jesus pointed to his closest followers, not his physical family, and told everyone: "Here are my mother and my brothers! Whoever does God's will is my brother and sister and mother" (Mark 3:34-35).

When we look at things from such a realistic human vantage point, we are not surprised that Jesus' siblings, James included, didn't believe in him during his earthly ministry. In fact, they teased him about wanting to be someone important (John 7:1-5). James and the brothers of Jesus don't appear to be near Jesus, or his mother, when he is dying on the cross: Jesus asks the beloved disciple to take care of his mother (John 19:25-27).

Yet years later, when the whole mission of the early church was being debated, James the brother of Jesus — also known as James the Just — was the most important leader in Jerusalem (Acts 15:12-21). Peter and Paul had gone off on their mission trips and James was now the key leader. How the church would treat non-Jewish converts hung in the balance of James' opinion. His words would turn the tide of opinion. As for James' personal feelings about his brother, he considered himself a "slave of Lord Jesus Christ" (James 1:1).

So how did things change so dramatically? How did James go from unbeliever to indispensable church leader?

So for all the flowery language that will be used today to try to describe the indescribable, never forget the down and simple, everyday person sort of truth: Jesus' resurrection convinced his unbelieving siblings that God raised him from the dead and that Jesus is Lord of all. They moved from sibling rivalry to obedient service to their brother ... and from where I sit, their attitude change is almost as great a miracle as what happened to their brother when he emerged victorious from the tomb!

How would you have felt?
* Special Note: Jesus' siblings and brother James were only half-siblings! (Luke 1:34-37)

Do you think it would have been hard to be Jesus' little brother or sister? (Why or Why not?)

Why do you think they disbelieved in Jesus' heavenly identity for most of his life? (John 7:1-5)

How would you have felt if you had been one of Jesus' younger siblings when he called his disciples his family and not you? (Mark 3:30-31)

Would it have made you angrier for him to included Mary in his list?

Does the fact that the family of Jesus had a hard time believing in him until after the resurrection help or hurt your own faith?

"Dawn of the New Way: Risen!" by Phil Ware is licensed under a Creative Commons License. Heartlight encourages you to share this material with others in church bulletins, personal emails, and other non-commercial uses. Please see our Usage Guidelines for more information.