The Intolerance of It All

When does our desire for tolerance cross the line into intolerance? 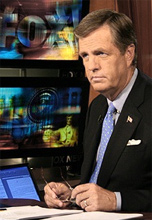 by Rubel Shelly (01/25/2010) | Leading in Hope
To hear most people tell it these days, the ultimate virtue is tolerance. So we are instructed to criticize nothing, to affirm all points of view as equally legitimate, to teach our children there is no absolute moral truth, and to realize that all religious paths lead to the same God. No matter how you dress this animal in politics, education, or religion, it is still a monster!

Tolerance, diversity, pluralism, multiculturalism — all are perfectly good words for very good ideas. But we have allowed them to be taken over in the modern vocabulary to mask not so much a lack of conviction but the very strong conviction that nothing distinctly Christian is tolerable in the public square.

"Tiger Woods will recover as a golfer," said Hume. "Whether he can recover as a person I think is a very open question, and it's a tragic situation for him. I think he's lost his family; it's not clear to me if he'll be able to have a relationship with his children. But the Tiger Woods that emerges once the news value dies out of this scandal — the extent to which he can recover — seems to me to depend on his faith. He's said to be a Buddhist; I don't think that faith offers the kind of forgiveness and redemption that is offered by the Christian faith. So my message to Tiger would be, 'Tiger, turn to the Christian faith and you can make a total recovery and be a great example to the world.'"

Well, yes, that would be a dramatic story. Given the spotlight on the man considered the greatest golfer in the world, it is hard to image a story that would be bigger in 2010. And everybody from Dr. Phil to Joe Blow has been offering his or her take on Tiger's issues, prospects, and options. But Brit Hume dared to do the unthinkable. He nodded toward Jesus and recommended Christian faith.

Brit Hume dared to do the unthinkable.
Tom Shales, media critic for the Washington Post, called Hume a "sanctimonious busybody" who dared to be "telling people what religious beliefs they ought to have." MSNBC's David Shuster called Hume's comment "truly embarrassing." Hume has been savaged by talking heads and bloggers.

Would anyone have dared be so scathing toward a psychologist urging therapy? A recovering sex addict suggesting Tiger be evaluated for an addiction program? A Muslim panelist recommending the Pillars of Islam? But, as Hume pointed out later in responding to the firestorm around him, any comment that suggests Jesus will generate an avalanche of criticism and invective.

So who's really being "intolerant" here? A man who found comfort and life transformation through Jesus after his son's death who now offers the option he discovered to another beleaguered soul? Or those who would silence him?

You'd think tolerance and diversity would allow all viewpoints to be heard.

"The Intolerance of It All" by Rubel Shelly is licensed under a Creative Commons License. Heartlight encourages you to share this material with others in church bulletins, personal emails, and other non-commercial uses. Please see our Usage Guidelines for more information.