Have you seen a hero lately? 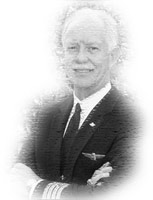 by Rubel Shelly (01/27/2009) | Leading in Hope
A great many people seem to crave celebrity. If a child's answer to "What do you want to be when you grow up?" was doctor, missionary, or teacher half a century ago, lately it has been pro athlete, rock star, or simply "famous." Because it is so hard to master even athletic or musical giftedness, more and more are settling for famous — and compete to do bizarre things just to be on TV. Witness shows such as Fear Factor, Survivor, Biggest Loser, and other "reality" series.

Last week we saw the emergence of a new hero in the public eye. Capt. Chesley B. Sullenberger III, a veteran US Airways pilot, handled what most aviation experts say is one of the most severe jeopardies a commercial jet can face. The common assumption has been that ditching a plane in water would inevitably result in catastrophe and yield multiple fatalities.

Sully, as his friends call him, lifted off his Airbus A320 from LaGuardia Airport in New York. As the jetliner left the ground, both its engines were disabled after apparently hitting a flock of geese. About to crash over a major metropolitan area, Capt. Sullenberger guided a violently shaking plane away from skyscrapers and heavy population, kept it from hitting the George Washington Bridge, and glided to an amazing water landing on the Hudson River.

All 155 passengers and the plane's crew survived the ordeal. Without the loss of a single life, what most had thought impossible happened. And everyone from president to governor to TV news anchors hailed Sully a hero.

Capt. Sullenberger did what he had trained to do for his entire career as a pilot. He studied the manuals and spent time in simulators. In fact, he helped write some of the manuals on safety procedures. He is a licensed glider pilot. Hoping never to be in such a situation, he had prepared for it diligently.

Sully did his part and trusted everyone else to do theirs. The flight crew, air traffic controllers, passengers, Coast Guard, NYC police, private tugs working on the Hudson River — all had roles to play to pull off this feat.

There is no seminar to attend for becoming a hero. It isn't a status achieved by setting out to be one. It is the role for which you prepare every day of life by honoring your duties, being diligent with preparation, learning to function as a team player, and behaving unselfishly.

That's the person you want flying your plane — and the one you want to be.

"True heroism is ... the urge to serve others whatever the cost."

Be diligent in these matters; give yourself wholly to them, so that everyone may see your progress (1 Timothy 4:15 TNIV).

"Preparing for Heroism" by Rubel Shelly is licensed under a Creative Commons License. Heartlight encourages you to share this material with others in church bulletins, personal emails, and other non-commercial uses. Please see our Usage Guidelines for more information.