Having a Merry Christmas?

So is it really merry and bright? 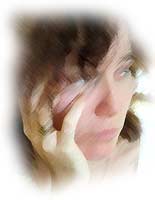 by Tony Thompson (12/28/2008) | Special Features
Favorite Christmas songs remind us to "Deck the halls with boughs of holly ... 'tis the season to be jolly" and invite us to have "a merry little Christmas." But for many, this may be more of an anxious Christmas than a merry Christmas. Our nation is enduring a large scale banking crisis spawned by greed. Unemployment is spiking while the economy plummets. Domestic auto manufacturers are leaking money. Globally there's an economic downturn.

In addition to these grave economic concerns, many scientists insist that global warming threatens to topple an ever delicate ecological balance. The possibility of domestic terrorist attacks looms like a towering mountain on the horizon. The United States remains in a war in Iraq for which there seems to be no tidy exit strategy. The Taliban appears to be reemerging in Afghanistan. Tensions, as always, are running high between the Israelis and Palestinians, continually making the region volatile. There are legitimate fears that Iran may acquire nuclear weapons. North Korea's ruthless dictatorship is problematic, to say the least. Relations between world powers India and Pakistan are tenuous. August brought armed conflict between Russia and Georgia. Just last month saw terror attacks in Mumbai, India. Racism and ethnic tension in our own country are chronic problems.

Adding to these acute stressors are more mundane concerns like jam-packed December schedules and bloated shopping lists. In a world of such stressors and anxieties, who can hope to be merry?

I would suggest our situation this Christmas is not entirely different from the state of the world when the Lord was born. Writer and editor Sherwood Wirt captured the mood at the time of Christ's entrance into the word in a Christmas card sent to friend Ray Stedman:

The people of that time were being heavily taxed, and faced every prospect of a sharp increase to cover expanding military expenses. The threat of world domination by a cruel, ungodly, power-intoxicated band of men was ever just below the threshold of consciousness. Moral deterioration had corrupted the upper levels of society and was moving rapidly into the broad base of the populace. Intense nationalistic feeling was clashing openly with new and sinister forms of imperialism. Conformity was the spirit of the age. Government handouts were being used with increasing lavishness to keep the population from rising up and throwing out the leaders. Interest rates were spiraling upward in the midst of an inflated economy. External religious observances were considered a political asset, and abnormal emphasis was being placed upon sports and athletic competition. Racial tensions were at the breaking point. In such a time, and amid such a people, a child was born to a migrant couple who had just signed up for a fresh round of taxation, and who were soon to become political exiles. And the child who was born was called, among other things, Immanuel — God with us.

When God came in flesh and blood to this planet, he didn't come to a neat and tidy place. Even then, this was a very messy world. And it's worth noting that Jesus, son of a poor couple in a very volatile region of the world, was born, not in a sterile hospital, but in what was essentially a barn — and then placed in a feeding trough.

He loves us!
Nativity scenes tend to romanticize the birth of Christ, with beatific smiles on every face and animals at rapt attention as they gaze on the new-born king. However, in my limited experience with animal barns, they are typically noisy and smelly places. To me, there's a powerful symbolism here. The stable in which Jesus entered the world was a microcosm of His life. Christ came to a world that can be a very noisy and smelly place. Yet He came.

I believe we can find in this manger scene great hope. For this scene contains the news that God did not abandon this world, messy though it was and is. Though the human race had sinned and rebelled against Him and though men and women held enmity in their hearts against each other, God did not wash His hands of the whole mess.

He came. He left the serenity and perfection of heaven to experience the agonies and ecstasies of life on this spinning mud heap. Though He would be misunderstood and misrepresented and mistreated and eventually crucified, He came. He came because, very clearly, He loves us.

That's the message of the Christ event and, more specifically, the message of Christmas. God is deeply and desperately in love with us. That's why He left heaven to visit this planet. That's why He faced mistreatment. That's why He endured torture. That's why He came. He loves us. Please don't let an economic downturn and ethnic tensions and excessive nationalistic fervor and the whole host of this world's ills obscure this singular and vital truth. God loves us with a love that is both real and incomprehensibly deep. I hope that this season you will see in every nativity scene and hear in every carol the hopeful and joyful message that God indeed loves you.

"Having a Merry Christmas?" by Tony Thompson is licensed under a Creative Commons License. Heartlight encourages you to share this material with others in church bulletins, personal emails, and other non-commercial uses. Please see our Usage Guidelines for more information.

Tony Thompson is the preaching minister for the Burlington Church of Christ in Burlington, MA. He and his wife Glenna love playing with Tia, their dachshund.