How can I turn it around with my kids? 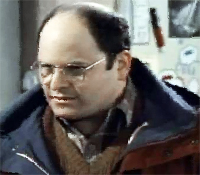 From Scream Free Living, leading by taking responsibility for our behavior as parents, first.

The funny thing about irony is that it has a sense of humor. I should have known that the more I wrote about it, the harder it would come back to bite me. Well, it recently came to pay me a little visit and it wasn't very pretty. You see, I have not been very ScreamFree lately...

Transitioning to a new job wasn't as smooth as I'd imagined and writing was oftentimes easier to avoid than it was to do. I was being asked to do things that stretched me and for the first time in a long while, I felt disorganized and scattered at work. I was losing things and gulp ... missing deadlines. I would start the day feeling this intense need to control something ... anything ... and I didn't quite know what to do with myself.

So, instead of realizing that all of this was pretty common for starting a brand new career, I decided to do what all mature relationship experts do — I panicked. Someone I know tells people to focus on themselves when they feel anxious, but in my infinite wisdom, I decided to do just the opposite. Instead of sitting with those feelings and working towards the problems at hand, I projected my own insecurities onto those closest to me.

I started to see things around the house that I hadn't noticed before. A breakfast dish here, a dirty sock there. An unfinished book report laying on the table; a less than stellar grade on a math assignment. Slowly, but surely, I convinced myself that my kids had a problem with responsibility. I obviously wasn't "on top of them" enough and with a newfound sense of purpose, I started taking matters into my own hands.

Now, I must take a moment here and make sure that you recognize the insanity of this kind of thinking. Sure, there is the occasional sibling smack down or exhaustion-induced tantrum when it comes to my kids, but overall, they are amazing. They have always been good students and they are not any dirtier than your average child. They are mostly very polite and they are almost always kind to others. But, I was way past this kind of logical thinking at this point.

With my helicopter blades churning, I started searching their backpacks for unfinished assignments. I hovered as they completed minor homework tasks and I "made suggestions" as to how to make right answers even better. I began resenting them for not offering to pitch in around the house and I resolved to get them in shape by making chore charts and watching over them carefully. At first, things seemed to be going well. The house was a bit cleaner and I could check off a few more things on my own to do list in the meantime. But slowly, like the air leaking out of a tire, the joy started leaking out of my home.

Homework became a battlefield. Where once my daughter proudly offered to show me her work, she was now hiding it from me. Where once my son used to do his daily assignments without being asked, I had to remind him more and more. And the more this happened, the more frustrated I became. My natural inclination was to pull them in even closer and increase my efforts, which (as I so often write) only made things worse. My kids were ignoring me, acting grumpy and rude, and soon, they started to dread having me around. I could hear it in their voices and I could see it in their eyes. I felt like Momzilla terrorizing my own home and leaving chaos in my wake.

After one particularly difficult evening, I found myself alone in the kitchen, hating who I had become. I was focusing all of my frustration, attention, and energy into my children. I was micromanaging their lives and completely ignoring my own with disastrous results. No one wanted to be near me ... not even me! I had become a bitter, walking, talking, self-absorbed neurotic. And then, like a sign from above, I heard something from the other room.

It was George Costanza and I swear he was speaking directly to me. Ok. Ok. He was on TV and he was talking about himself, but he could have just as easily been describing me. That alone is not a pleasant realization to have, but then again, I wasn't in a very pleasant state of mind. The episode in question was one I knew almost by heart, but never dreamed I could learn something from it. George is so disgusted with himself and his pathetic life that he decides to take drastic action. He figures that every choice he's made up to this point in his life has been the wrong one, so he determines to change his decision making process. He decides to do the opposite of every thought that comes into his head. His rationale: he can't possibly do any worse.

He ends up meeting a gorgeous woman and instead of putting on airs like usual, he says to her in his droll manner, "Hi. My name is George. I am rapidly balding. I am unemployed. And I live with my parents." She looks him up and down, then coyly responds, "Would you like to go out with me?"

Not a bad lesson ...
If even George could turn things around simply by doing the opposite of what seemed natural to him, why couldn't I? So, I decided to play the old game of opposite day. When confronted with a situation that made me anxious, I would do the opposite of what I thought I should do. Scary proposition, to be sure. What would happen if I let go, even just a little bit? I didn't even want to think about the possibilities, but frankly, like George, I couldn't do any worse.

The next day, in all interactions with my children, I pretended that it was opposite day. In the morning, I wanted to nag them about hurrying up. Instead, I gave them hugs and remembered how their hair smelled like rain. To my surprise, they were ready five minutes early. After school, I wanted to rip open their bookbags and manage their homework. Instead, I made snacks and remembered just how good cookies and milk can be. Shockingly enough, after clearing away the crumbs, they both got out their homework and finished in record time.

What in the world happened? Basically, I got out of their way and I forced myself to be with them rather than over them or under them. With that one realization, everything changed. I was able to see that my kids weren't the problem after all. Quite the opposite, in fact. They were the ones often acting more maturely than me. And in that moment, I remembered how much I really like these incredibly smart, funny and capable small people who share my DNA. It saddened me to think of how many days had gone by where I hadn't even seen them. How many times had I considered them simply another part of my "to do" list? It finally hit me that in all of my efforts spent trying to teach other parents how to be ScreamFree, I had forgotten how to be so myself.

Like George's experiment, mine had some unexpected results. My kids picked up after themselves. They offered to help in the kitchen. They even went to bed on time! But the best thing about my opposite day was not in the ways that it changed them; the best thing about opposite day is that it changed me. It made me want to slow down when I am at home, think before I speak, and pay attention to the things that really matter. Not at all what I thought would happen by taking advice from my short, balding, unemployed TV friend. In fact, looking back, it was the complete opposite of what I had expected.

Not a bad lesson from a short, balding, unemployed man who lives with his parents.

"Opposite Day" by Jenny Runkel is licensed under a Creative Commons License. Heartlight encourages you to share this material with others in church bulletins, personal emails, and other non-commercial uses. Please see our Usage Guidelines for more information.

Jenny Runkel is a writer with ScreamFree Living, Inc., a company she co-created with her husband, Hal. Through publishing, speaking, training, and their website, www.screamfree.com, Jenny, Hal and their team are committed to calming the world, one relationship at a time. Jenny has also been directly influencing and forming children and families for over ten years, having taught preschool, ministered to teenagers in church settings, and taught professionally in several high schools. Jenny currently teaches high school at Greater Atlanta Christian School. She and Hal have been married for 13 years and try to remain calm while parenting their two wonderful children: Hannah, 9, and Brandon, 7. (Visit the Author's Website)