The Britney Spears in Your Life

Would you be willing to help Britney if you could? 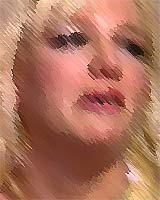 by Rubel Shelly (02/12/2008) | Leading in Hope
This isn't a piling-on piece about Britney Spears out-of-control life. She has enough people alternately diagnosing and dismissing her. Even as the TV newscasters tell about the latest bout in court, the most recent episode of partying, or introduce the latest censored photo, they tend to roll their eyes. She generates a lot of tongue-clucking these days. She just seems hopeless.

Ah, but that's the point. Or, at any rate, it is the beginning of a point somebody needs to make about the latest young celebrity on a path to self-destruction. Is there nobody who cares about her? Will nobody risk telling her the truth? Doesn't anybody love her enough to throw her a lifeline?

Practically everybody has a Britney Spears in her life. There is a friend or family member, a colleague at work or member of her church whose life is clearly spinning sideways on a sheet of ice and about to crash.

It's a younger brother who has been experimenting with drugs — while racking up a couple of DUI's along the way.

It's a brother-in-law who has left his wife and their two children to live with someone half his age.

It's a friend who has four or five credit cards maxed out from shopping binges and whose idea of solving the problem is to get another card.

It's the deacon who was arrested a few weeks ago for stealing a computer from his company — and whose absence from church has not been mentioned.

It's the person in your office who used to be cheerful and dependable but who has missed a lot of work lately — and whose presence complicates life for everyone.

Wouldn't you want someone to reach a hand to you?
See what I mean now? My point is not to moralize about or to pass another sanctimonious judgment on Ms. Spears. It is to look in from the perspective you and I share to wish somebody would reach out to her. Maybe there are people who really care about her. Maybe they have tried. And maybe she has rebuffed them all. That happens sometimes! More often than not, though, people crash and burn because the people around them look away.

Alcoholics, philanderers, religious bigots, incorrigible gamblers, clinically depressed people, tax cheats — the list just goes on and on. People have life issues that have them by the throats. It will likely take a professional to help them dig out. But somebody who is close to and credible with them has to take the first step to intervene. Get in his face. Let her know how serious things are.

You don't know Britney Spears? Don't think you can help her? Okay. But what about the person you do know who is on a similar path? You may be that soul's best hope of recovery from a nose-dive into oblivion.

Even if you make the effort, there are no guarantees — except that major problems don't solve themselves. If the shoe were on the other foot, wouldn't you want someone to reach a hand to you?

"The Britney Spears in Your Life" by Rubel Shelly is licensed under a Creative Commons License. Heartlight encourages you to share this material with others in church bulletins, personal emails, and other non-commercial uses. Please see our Usage Guidelines for more information.