What Reveals Your Character?

So how do you do in those challenging situations? 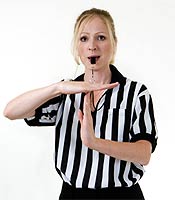 by Phil Ware (11/05/2007) | Two Minute Meditations
Note:
This is one of several letters Phil is sending to his grown children to help them know about their grandfather, called Daddy Al. You can find a link at the bottom of the page to take you to a list of all the other articles associated with this subject.

I want to share with you the sixth principle your Daddy Al tried to teach me many years ago. What I appreciated is that he demonstrated this principle in a positive way so many times I was with him. And yes, he blew it some, too. But, he wanted to do better at this himself and hoped I would do it better, too. Unfortunately, you've seen some of those who didn't live this principle. Even more unfortunately, some of those bad examples have come from me — but I'm working hard to live this principle and I want to invite you to do the same.

Let me give you a couple of negative examples before we get to the positive way to live the sixth principle.

You've seen the group in the cafe or restaurant. They gather each week for conversation, friendship, and maybe even a bit of prayer. It is a sweet time for them and they obviously feel good about getting together with other believers. This time is their oasis in the middle of an otherwise tense and challenging work week lived out among many who do not share their faith.

The wait-staff at the little cafe knows this group, too. They know the group is made up of professing Christians. They've seen the group pray. They've overheard the group's spiritual conversation. They also know that this group will tip less and demand more than most "non-Christian" groups that they serve — if you don't believe this is true, ask ten people who have experience as waiters. They also know that every-once-in-awhile, one in this "Christian" group leaves a little spiritual tract or card with messages using Christian sounding slogans. Sometimes, someone even leaves the wait-staff an evangelistic booklet on how to become a Christian and escape their being lost. The wait-staff politely waits until they are out of the group's line of sight, and then they put that information in the same place they put the used paper napkins. They've been mistreated, embarrassed, and short-changed by low tips too many times to want to have anything to do with a "Christian group."

Going to a "Christian" school, you've unfortunately seen parents go to your games and embarrass themselves and cause a scene with the officials. Some of those parents, immediately on arriving at the game, wince and make comments as they recognize the officials refereeing the game. The officials are obviously not pleased to be there, either. The parents feel that the officials are not very good, maybe even a bit biased against your school.

Chances are, the parents may be correct in that assessment. The officials don't like being there. One of them, a Christian himself, is trying to lead his co-official to Christ. Unfortunately, he knows that this assignment will set back that hope because of the way his friend will be treated and the things said to him by this "Christian crowd" of parents and fans. The non-Christian ref is always amazed at how insulting the crowd can actually be without using words of profanity. In some ways, it is humorous. In other ways, it galvanizes him to keep his barriers up against anyone who claims to be a Christian.

Am I being too harsh?

I don't think so. Not from feedback I've received about these things from folks in both kinds of situations. As you know, I am sadly guilty of some of these bad behaviors myself, and I wish that I could take them back and do those things over again. I promise I would be different in those situations and I assure you that I am different in them today.

Aren't there exceptions to these two scenarios?

Absolutely! Unfortunately, not nearly enough exceptions. That's why your Daddy Al's sixth principle is so crucial. It's one of the most important that I want to share with you because I believe it is so important to do things right in this area if we are ever going to effectively share Jesus with others.

What is this sixth principle?

All these are real people who matter eternally!
It's simple to recite, but hard to live. The sixth principle is this: your character is most revealed by the way you treat people most folks don't feel that they have to treat nicely.

Now I know that you're probably saying, "But aren't we supposed to treat everyone nicely?" And of course the answer to that is a resounding, "Yes!" Unfortunately, we get in social situations where social expectations help us to not see people as people, but as the services they perform for us.

Your Daddy Al tried to impress on me that all these people are real people ... real people who matter ... real people who matter eternally! And whether or not THEY are kind, considerate, fair, or good to you and me doesn't negate the fact that WE are to treat them just as we would like to be treated. The golden rule of Jesus — "So in everything, do to others what you would have them do to you!" (Matthew 7:12) — is not intended for our use only when it is easy or when it involves people we like or when the situation pertains to people whom society says are our equals. The golden rule is for everyone we meet, in every circumstance we meet them, no matter what.

So this week, as you face the demands of your jobs and you run into people who try to run over you, ignore you, mistreat you, or ignore you, let them be a reminder of what you refuse to become. And as you bump into folks that those around you may mistreat or simply view as folks who owe them a service, please remember what your Daddy Al tried to teach us all: your character is most revealed by the way you treat people most folks don't feel that they have to treat nicely. Living with this kind of character is what made Jesus so unique. It's what will make you so special, too!

P.S. I do beg the forgiveness of all those referees, umpires, officials, and spectators who witnessed me failing the character test on this issue. I'm not all the way there yet, but I assure you, I am seriously committed to living my dad's sixth principle in my daily life.

"What Reveals Your Character?" by Phil Ware is licensed under a Creative Commons License. Heartlight encourages you to share this material with others in church bulletins, personal emails, and other non-commercial uses. Please see our Usage Guidelines for more information.