When Endings Are Complicated, God Is Still Gracious

What do you do when the endings are not always happy ones? 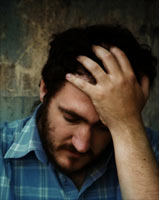 When all our enemies heard about this, all the surrounding nations were afraid and lost their self-confidence, because they realized that this work had been done with the help of our God (Nehemiah 6:16 TNIV).

Not all stories for faith work out like we would like. Giants of the faith don't have life experiences that always get wrapped up neatly, tied with a bow, and presented for everyone to celebrate. Faith, especially strong faith, is often born out of tragedies that at first glance seem hopeless. Faith shines the strongest in chaos.

On June 20, 1985, Jack Carter, his son Dave, and his grandsons, Dustin and Caleb, set out for a much anticipated wilderness camping trip in Yellowstone National Park. On there journey across the lake to their favorite staging site, a freak storm came up and within seconds they were capsized and tossed into the rough and frigid 35 degree water. They were only 75 yards from the shore, but regardless of how hard they tried, the wind and water seem to push them further and further from the shore.

Jack and little Dustin ended up together, clinging on a floating seat cushion; but, Dave and Caleb were lost.

The water was just too cold. Soon Dustin's words were slurred and less frequent. Jack kept urging to keep talking, but in the end, it was too much for Dustin.

"I tried," Jack said, "to keep Dustin's face out of the water. I thought I might be able to revive him once we reached the shore, but I couldn't grip him tight enough. It was only a few yards from the shore when he slipped out of my frozen hands and into eternity."

After more than three hours of fighting to stay alive, a wave finally drove Jack against an old tree and he was able to gradually make his way out of the water. He found a make-due shelter between two fallen trees and rested till morning.

Early the next morning, he found a ranger cabin and within hours he was transported to Yellowstone Hospital. "I watched, almost indifferently, as the doctors worked to restore my circulation and body temperature," Jack remembered. "They seemed to care a whole lot more than I did. Occasionally one of them remarked about my strength and how it had saved me. I was too weak to tell them how wrong they were. I could only remember that moment when my fingers could no longer grip and I lost my hold on Dustin. I could still see Dustin's face sinking into the water as my strength failed."

They had been so eager to begin their wilderness adventure; now, only Jack remained.

Looking back Jack responds, "God gave my son and my grandsons the ultimate adventure; they got to go home to heaven. And, that same God gave me a tragedy to share that will give people hope. If God can help me through this, he can help you through anything."

The task this week is to look back. Search your past for forgotten moments, tragedies, those difficult times when God changed your heart, opened your eyes, gave you comfort, and put his fingerprints on your life. Some of these may have been resolved in ways that obviously show the hand of God. Others, however, may not have been resolved so cleanly, but took the grit and resolve of your spirit and the faithfulness of God's grace to see you through.

Find someone who will listen and tell your story ... Hope needs your story to be told and people need to know what tragedies you've overcome.

"When Endings Are Complicated, God Is Still Gracious" by Ron Rose is licensed under a Creative Commons License. Heartlight encourages you to share this material with others in church bulletins, personal emails, and other non-commercial uses. Please see our Usage Guidelines for more information.