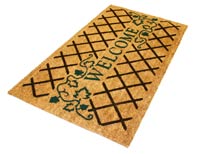 by Tom Norvell (05/17/2007) | Special Features
He left home as a rebellious teenager who knew better than anyone how to live his life. The months prior to his departure were filled with numerous heated discussions about who was in charge. After one particularly ugly encounter he left. He took a few of his belongings. The next time they heard from him, he had joined the military. He came home only for a few days before being shipped overseas. The visit was tense and filled mostly with awkward times when no one knew what to say. Before they figured it out, he was gone.

His parents waited anxiously to hear from him. They received a few short letters, an email now and then, and every few months they would get a phone call mainly telling them he was okay. Then, one day he called. This time he sounded different. Something had changed. "Dad, Mom, I'm sorry. I'm ready to come home."

As the ship was making its way into port, the sailors were lining the deck and families covered the dock. Cheers. Waves. A band played. One by one they came off the ship searching the crowd for a familiar face. When he stepped off, his parents spotted him long before he saw them. They worked their way through the crowd, never taking their eyes off of him. Finally they reached him. They embraced him. He tried to talk and explain that he realized how he had treated them, but they were not listening. They were too busy enjoying the moment they had longed for. He was home. He was really home.

She took off one day without warning. They had no idea where she was. For months, her parents wondered and prayed and feared the worse. She did call a few times to let them know where she was, but would not say much about what she was doing and would have nothing to do with talk of coming home. So they waited. They prayed. Then, late one night, the phone rang. A tearful voice on the other end said, "Dad, can I come home?" Arrangements were made to get her a plane ticket that night. By early morning, she was in the air and they were on the way to the airport. When she stepped into the area of the terminal where passengers were greeted, she saw her folks and began to cry. They ran to her and she fell into their arms sobbing. She tried to explain and she tried to apologize, but they said, "We have plenty of time for that. Right now, just let us hold you and get you home where you belong."

Her husband found someone else he loved more. She was someone who made him happy. Someone who made him feel good about himself. So he left. The divorce was ugly. The struggle was intense. He was gone. She had to pick up the pieces, deal with her anger, and rebuild her life. Her friends said, "Move on. Forget about him. He doesn't know what he's losing."

Part of her wanted to do that, but a bigger part wanted to wait, and something deep inside said, "Give him time." She did. She waited. She prayed. She moved forward. She was doing well ... considering the circumstances. Getting back on her feet. Then, he called. "Honey. I'm so sorry. Can we talk?" She dropped the phone and melted on the floor. When she collected herself, she picked up the phone and said, "I've dreamed of this moment. I love you. Please come home."

His wife said she had lived his dream long enough. Now it is time for her to do what she's always wanted to do. So, she left. She lived it up. She did everything thing she had always wanted to do and had never had the opportunity to do. She was free. She was carefree. She was on her own. He waited. He took care of the kids. He maintained the house. He prayed. He asked God to protect her until she came around. When all things logical told him to give up on her, he held on believing that one day she'd come home. Then, one night as he made the rounds turning out the lights, checking the locks, he paused another time to look out the front window at the driveway. That's when he saw her. Sitting in her car. He burst out the front door and ran to her car. He opened her door and pulled her into his arms. She wept as he hugged her and kissed her and said, "I'm so glad to see you. I love you. I'm so glad you are home."

Maybe these stories sound too good to be true to you. "These things only happen in fairy tales," you say. Well, before you write it off completely, consider this:

But while he was still a long way off, his father saw him and was filled with compassion for him; he ran to his son, threw his arms around him and kissed him. (Luke 15:20 NIV)

Have you walked away?
Are you waiting for someone to come home? Keep waiting. Keep praying. Keep your heart open.

Are you wondering what it would be like to go home, but you're afraid you won't be welcome? Go home.

Have you walked away from the Lord and now wish you could go back? Go back. Come home.

The Father's waiting for you ... with open arms.

"Filled with Compassion" by Tom Norvell is licensed under a Creative Commons License. Heartlight encourages you to share this material with others in church bulletins, personal emails, and other non-commercial uses. Please see our Usage Guidelines for more information.