Every Leader Needs an Abishai

Whose got your back? 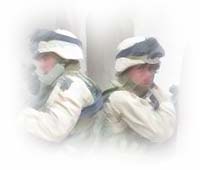 by Vann Conwell (07/24/2005) | Leading in Hope
Building a healthy ministry doesn't happen in isolation. It requires teamwork. Over the years, I've learned that within every team there needs to be at least one "go to" person to help you go further and deeper than you could go on your own. I like to say, "Every leader needs an Abishai." It's not a very catchy leadership phrase, but it's crucial to keep moving ahead. Because I've been in ministry for many years, I feel privileged to have had more than one Abishai.

Abishai was a biblical character during David's reign as King.

One time David got very tired when he and his soldiers were fighting the Philistines. One of the Philistine warriors was Ishbibenob, who was a descendant of the Rephaim, and he tried to kill David. Ishbibenob was armed with a new sword, and his bronze spearhead alone weighed seven and a half pounds. But Abishai came to the rescue and killed the Philistine. (2 Samuel 21:15-17 CEV)

Abishai was willing to do some of the dirty work. He was a key defender of David. His actions communicated teamwork and loyalty. He was even loyal to the point of being willing to kill the sleeping Saul — who was in pursuit of David and determined to end David's life. (1 Samuel 26:6-9)

I believe all leaders need people around them who will play that key role. Leaders need others who can jump in, take the heat, lighten the load, and go to battle when leadership gets tough and dangerous. Every leader needs protection, rest, and renewal when weakened and exhausted by the grind of the leadership battle. I know I could have never been able to lead without an Abishai at my side or covering my back!

When I look at the people who are in "my corner" and those who "go to battle" with me in ministry, the thing they have in common is that they're not strangers. They've worked alongside me for years. (For me personally, I think of a special Abishai to me, named Don Davis, who has been a friend and ministry ally for over 22 years.) Others are part of the new ministry and support team I now work alongside — we share the day-to-day opportunities and challenges, together.

While you're serving with people ... believe in their gifts, value their contributions, do life with them, and give them access to your life. There will be occasions when you'll get to "test" their loyalty. You'll see how they respond when your back is against the wall and when you're exhausted. If they come through for you, thank them, point out specifics of how you felt honored that they would "stand with you" and thank God that you may have an Abishai on your team. You'll be a better leader when you go to "battle" with an Abishai.

"Every Leader Needs an Abishai" by Vann Conwell is licensed under a Creative Commons License. Heartlight encourages you to share this material with others in church bulletins, personal emails, and other non-commercial uses. Please see our Usage Guidelines for more information.

Vann served for years as a youth minister with a special focus on mentoring new ministers. He is now the Connecting Minister for Southern Hills Church in Abilene. He loves to reach out to people that many folks neglect or forget and is a whiz at organizing and equipping others for ministry.