Can We Find Truth?

Is there truth that can be trusted? 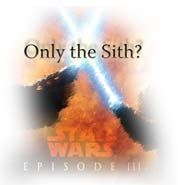 Beyond the irony that this recent "Star Wars" statement is an absolute while condemning the use of them, the statement is a powerful wake up call for those of us who believe strongly in the truth of Scripture. Over the last several decades, we've seen absolutes assumed to be steadfast truth, held up as something to be distrusted, proclaimed as something irrelevant, and now targeted as something that is a trademark of evil. Welcome to the new world of post modernism, or at least to a taste of the bad side of it. But, this is not another of those "the sky is falling" articles that bashes the new emerging era in culture: it is quite the opposite!

Rather than wringing our hands over the distrust of absolute truth, let's return to Scripture itself and notice that Jesus himself challenged the absolutes of his era. He also challenged future eras to redefine absolutes in a totally different way. In taking seriously Jesus' revolutionary challenge of absolutes in his day, I believe we will find a far better way to help millennials — the emerging new generation that heralds a whole new epoch in human culture — hear the voice of God in Scripture.

Jesus' words are nothing short of blasphemy to those who had given their lives to learning, quoting, applying, debating, and redefining the Scriptures for their own day. Yet Jesus dares to say that no absolute of Scripture takes precedence over him. Instead, Jesus — along with key witnesses of the New Testament — powerfully assert that the Scriptures all point to him and find their meaning and application in him.

The rest of the New Testament is alive with this understanding. The radical nature of each claim must not be underestimated. (See John 14:6;  Acts 4:12;  Galatians 3:24-29;  2 Timothy 3:15 for example.) These statements by Jesus, and about Jesus, go so far as to claim that he is God's one true message. (John 1:1-18; Notice especially   John 1:14 and   John 1:18.) He is God's ultimate way of communicating truth: rather than giving a law, revealing an oracle, or declaring a prophecy, truth becomes real in human skin and displays itself in real mortal life. (Hebrews 1:1-4)

For those of us reared in the exclusive — and often reductionistic — either/or thinking of modernism, there seems to be a conflict with our understanding of Scripture in declaring that there are no absolutes. In Jesus, however, we are given a way of affirming this tidal change in perspective and putting it into a redemptive and biblical context.

Rather than giving up hope for future generations to have faith, let's awaken to the reality that what this emerging culture seeks is found in the One who first championed their reticence about previous generations understanding of truth. He is the truth they seek; so let's embrace a search to find him true in our lifestyles, our religious passions, and in our life with others. After all, our concern for absolutes shouldn't have us concerned about what will happen to our little group. Instead, we want people to find their way to Jesus and let him be their absolute, their truth, and their Lord and God. (cf. John 14:6;  John 18:37;  John 20:26-29)

John said to Jesus, "Teacher, we saw a man using your name to cast out demons, but we told him to stop because he isn't one of our group.""Don't stop him!" Jesus said. "No one who performs miracles in my name will soon be able to speak evil of me. Anyone who is not against us is for us. If anyone gives you even a cup of water because you belong to the Messiah, I assure you, that person will be rewarded." (Mark 9:38-40 NLT)

"Can We Find Truth?" by Phil Ware is licensed under a Creative Commons License. Heartlight encourages you to share this material with others in church bulletins, personal emails, and other non-commercial uses. Please see our Usage Guidelines for more information.

Living My MUSD #3: Shared Prayer through Personally Communicating
My prayers for others mean much more to them when they know what I have prayed for them!

ToGather: Opening People's Hearts to Jesus
How do we prepare the hearts of those we influence to be ready to receive Jesus with joy?

ToGather.Church Invitation for April 5, 2020
This Sunday's ToGather is now ready and you are invited to join us!

He Came to a World We Know
Jesus entered a world we recognize as our own. He did it to redeem us from the messes we have brought on ourselves.

Come Home Quickly, Hallelujah
I know my heavenly Father is looking forward to having me home to enjoy the celebration with him and his other children.

Even Though They Are Small?
If we are not careful, the challenges of the moment can wilt the joy right out of our Thanksgiving.