The Humility of a Little Donkey

How much glory should we expect? 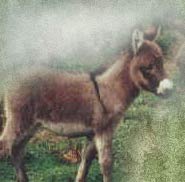 by Joe Bagby (03/20/2005) | Special Features
This Sunday is called Palm Sunday. For those of us who don't enjoy the formalism and liturgy of some churches, Palm Sunday is the day Jesus entered Jerusalem on a donkey to the shouts of the crowd, >"Hosanna! Blessed is the one who comes in the name of the Lord — the King of Israel!" (John 12:13 NRSV)

This is the day Jesus entered triumphantly into Jerusalem and marked, for some, the beginning of a new era in fulfillment of  Zechariah 9:9. There was incredible excitement in the city, but it was a mixed excitement. Some were glad this worker of miracles was entering the Holy City, while others were poised to end his life as a troublemaker and rebel! The events that transpired between that original Palm Sunday and the next Sunday, Resurrection Sunday, changed the world forever.

However, every time I think about Palm Sunday, I think about a little Catholic nun named Sister Theresa. Years ago, she was awarded the Nobel Peace prize for the years of sacrificial love and mercy given to the poor of India. She was interviewed on the Tonight Show with Johnny Carson. I will never forget what I heard that evening.

Mr. Carson was very respectful of Theresa, but at one point he asked her if the cash money she received as a part of the prize or the notoriety of the moment would "go to her head."

Being one of the most humble people in the world, Theresa's answer was not to be unexpected, but it did throw Mr. Carson for a loop — as well as the rest of us who happened to be watching. She reminded Mr. Carson of the day when Jesus rode into the city of Jerusalem on that little donkey. He remembered the story. She then asked, "Do you think, Mr. Carson, for one moment, that that little donkey thought the crowd was giving him the praise and glory instead of Jesus?"

It was a mixed excitement.
Wow! Johnny didn't know what to say!

I don't know if the Holy Spirit put that in her mouth or if she was prepared to answer such a question, but it has always stuck in my mind. Palm Sunday, and every other Sunday for that matter, is about nothing else but Jesus Christ and him crucified, and now powerfully raised from the dead. We can shout and cheer and lay down palm branches all we want, but if we miss the fact that we do so because Jesus is God and we are simply a part of the story because of His grace, then we miss the point.

It will do us well to be reminded of this truth from time to time.

"The Humility of a Little Donkey" by Joe Bagby is licensed under a Creative Commons License. Heartlight encourages you to share this material with others in church bulletins, personal emails, and other non-commercial uses. Please see our Usage Guidelines for more information.

Joe Bagby has been preaching for thirty years. He and his wife Paula were missionaries to Thailand in the 80's for eight years where they adopted twin girls, Hope and Joy. Joe receive his masters degree in Congregational Ministry from Abilene Christian University with a BS in Education from University of North Texas. He is now serving as Pulpit Minister for the 4th and Elm Church of Christ in Sweetwater, Texas.