The Face of Fear

What do you do when you are really afraid? 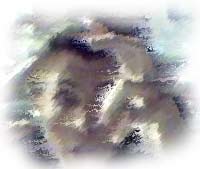 by Phil Ware (02/28/2005) | Two Minute Meditations
We were stunned. People chose sides and weighed in with strong opinions. The young mother was sentenced to prison. Her live-in-lover was already in prison for the brutal death of her young child. His actions were beyond belief, and had raised incredible rage in the community. How a toddler could be so disgracefully murdered was incomprehensible to everyone. Now, the mother was being sent to prison for not protecting her child — for not reporting the previous abusive incidents by her boyfriend and not immediately reporting the role her lover had in taking the life of her child.

"She lived in terror for her own life!" That's what women's advocates screamed. That's what her defense attorney emphasized. He pleaded that she had been demeaned enough, had lost enough, was grief-stricken enough, and that prison time could do nothing to redeem the situation.

"She is the child's mother. As parents, we have a sacred duty to protect our children, no matter the danger or the consequences." That was the position of the DA and most in our community.

Have you ever been terrified? I'm not talking about going to a really scary movie or having an instant of sudden, but passing fear. I'm talking about an ongoing sense of absolute terror for your own life and the lives of those you love!

As the debate raged about this mom and her lack of response, my heart broke for her. I have known terror. I've worried about having put my whole family in jeopardy. It was a long time ago, but every now and then, something happens and it comes back like a cold paralyzing wave.

Fear has the power to destroy God's work in us. Fear can become our unwanted god, making our heavenly Father an irrelevant relic left in the stain glass ghetto of Sunday. Our Christian faith sounds so neat and tidy there, so powerful and inspiring. But you see, it's not really put to the test until we see the face of fear in our own mirror. Until we feel its wilting breath cold upon our shoulder and experience the total emasculation of our resolve.

Fear has the power to destroy God's work in us.
Hopefully in our time of fear, a brother or sister in Christ will step in and buy us some time to sort out our fear. Hopefully we will courageously keep doing the mundane things that are necessary for life and open the door to the Spirit's presence. But in the crucible of real life, ultimately there comes a time when those of us in fear have to decide whether or not we believe in the promises of God to give us ultimate victory beyond death. We have to decide that God is with us no matter what the circumstances are — that we are not alone in facing our terrors and that God's Spirit will strengthen us AS we do what's right, even when we are not sure we have the strength to do it!

When I was a boy, filled with images of John Wayne movie courage, I thought that a courageous person did not experience fear. Now I know better. I understand that God's Greatest saw the face of fear and prayed, "Let this cup pass from me." He saw the terrors of hell that he would have to face on the Cross and he asked to be delivered from them. But looking fear in the face, he went one step further: "Not my will, but yours be done." If he could not be delivered FROM his terror, he was confident that God would deliver him THROUGH his terror. In the end, this is the ultimate test of faith and this is the ultimate proof of courage.

When Jesus came to his disciples on the stormy waters and said, "Fear not, I AM!" I don't believe he was saying, "Don't let fear cross your minds." No, he is saying, "In the face of fear, recognize I am here. Don't let fear stop you from what I've called you to do."

"The Face of Fear" by Phil Ware is licensed under a Creative Commons License. Heartlight encourages you to share this material with others in church bulletins, personal emails, and other non-commercial uses. Please see our Usage Guidelines for more information.