What is Christian Independence Day? 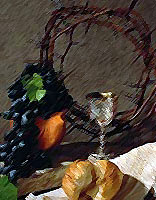 by Phil Ware (07/05/2004) | Two Minute Meditations
Today is the business holiday extension of the most treasured national holiday in the United States. Independence Day is a yearly reminder and celebration of our national freedoms. It is also a time to ponder the cost of that freedom. There can be no doubt that freedom often comes at a high price — with the recent Memorial Day remembrances; the dedication of the World War II Memorial in Washington, D.C.; the 60th anniversary of D-Day and the site of all those crosses on Normandy's hillside; and the ongoing issues in Iraq that continue to claim the lives of Iraqis, Americans, and people from other nations as well; this conclusion seems inescapable. The high cost of this freedom for those who signed the original Declaration of Independence is confirmation of this truth.*

Many of Heartlight's readers are not from the United States. They often carry a different perspective on world events than those from the U.S. However, on issues of faith, we share deep bonds that transcend our geographical boundaries, primary languages, skin color, and national allegiances. We all know the high cost of our freedom as children of God. The recent release of The Passion of the Christ has once again confronted us very graphically with this incredible cost to God himself. Our freedom came at a huge price.

The early followers of Jesus didn't have a yearly celebration to mark this event. Instead, they celebrated their Independence Day each week. From all indications, the first followers of Jesus shared in the Lord's Supper as a gathered group at least every first day of the week. (Acts 2:42-46;  Acts 20:7;  cf. 1 Corinthians 10:16-17;  1 Corinthians 11:17-34) This day of remembrance became known as the Lord's Day among believers by the end of the first century. (Revelation 1:9-10) During The Supper, Christians remembered the Lord's death on the day of the Lord's victory over death and they anticipated the Lord's return and liberation from a world of decay and death. (Romans 8:18-25; cf.  1 Thessalonians 4:13-18) As they shared in this special time, they also recognized that they were the Body of Christ in the world; his people called to live his life for the world. They were challenged to recognize that each person in Christ's Body is vital to it actually functioning as the presence of Jesus in the broken world. They were reminded that their ultimate allegiance was to a higher calling and a heavenly community that is more important than national and ethnic allegiances (Philippians 3:20-21) and they anticipated the celebration that awaits when all of earthly differences are lost in the wonder and praise of heaven itself. (Revelation 7:9)

Each Sunday, every Lord's Day, is the Christian's Independence Day.
Each Sunday, every Lord's Day, is the Christian's Independence Day. Let's not forget to celebrate it. Let's not forget to remember the high cost of our freedom and to anticipate the day of our ultimate and glorious experience of that freedom when we see the Lord face to face. (1 John 3:1-3) Let's not forget that our church family crosses all of earth's boundaries and awaits the Savior of all peoples, languages, tribes, and nations. Let's be reminded that each believer, each brother and sister in God's Kingdom, is precious and vital to the work of the Kingdom in the world. Let's learn to more completely, more universally, more joyfully celebrate our Christian Independence Day and more fully demonstrate the character and compassion of our Lord and King who made this freedom possible.

*For a careful review of what the signers faced and paid for signing the Declaration of Independence and supporting the revolutionary war, many documents and opinions are available. As a place to begin, see a researched analysis by Mark Dixon.

"Christian Independence Day" by Phil Ware is licensed under a Creative Commons License. Heartlight encourages you to share this material with others in church bulletins, personal emails, and other non-commercial uses. Please see our Usage Guidelines for more information.