In the Wake of the Storm

What did you do when the lights went out? 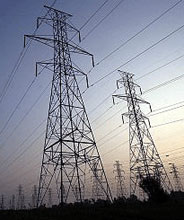 by Bill Sherrill (06/19/2004) | Special Features
There was a time years ago, when the people with whom I associated spoke knowingly about coal oil lamps, wood burning cook stoves, and out-houses. Those times are long gone and few of us regret the change. We have grown not only accustomed to electric lighting, electric stoves, and indoor plumbing, but we have also become dependent upon such as necessities. Just this week, our community was hit with two consecutive violent thunder storms. The leading edge produced winds of forty to sixty miles per hour. The results were downed trees and broken power lines. No electricity was available for many over a period of days!

Were it not for the seriousness of the situation, our approaches to dealing with this problem would have to be taken as down right humorous. The first major problem came as we all watched the radar on television to track the storm and prepare for its intensity. The TV went off! Of course the lights did also, because both were caused by a power failure.

The real humor came in the time it took to truly realize that there was NO electricity! People, finding that the overhead lights were off, quickly attempted to remedy the situation by turning on the table lamps. That failing, they turned to flashlights and battery powered lanterns. With no TV and having recovered some measure of comfort, some turned to the radio to check on the severity of the storm. Guess what? The radios didn't work — no electricity. Duh!! Maybe a little coffee would perk things up. The electric coffee pot did not appear to be getting hot. Well, undaunted, folks dug out the old regular pot for the stove. Only the stove doesn't seem to get hot either — no electricity for the electric stove. Speaking of getting hot, doesn't it seem too warm? Of course, the air conditioner is out! No matter, just turn on the ceiling fan. Oops! No electricity! Nothing working because the electricity is out!

Oops! No electricity!
With a sigh of resignation, we sit lightly in a chair, illuminated by a flashlight while cooling ourselves with a funeral home fan. It is really not all that bad. We can still adapt. We have not lost our pioneer roots. But then ... "Say, what is that water dripping out of the refrigerator?"

I tried to find a good Scripture to go with this and the only one that seemed to fit was Amos 5:19-20. "As when a man flees from a lion and a bear meets him, or goes home, leans his hand against the wall and a snake bites him. Will not the day of the LORD be darkness instead of light, Even gloom with no brightness in it?" Well, perhaps it wasn't really all that bad, but ... just what are we going to do about the dripping refrigerator? Would someone grab the shop vac? Oh yeah, no ...

"In the Wake of the Storm" by Bill Sherrill is licensed under a Creative Commons License. Heartlight encourages you to share this material with others in church bulletins, personal emails, and other non-commercial uses. Please see our Usage Guidelines for more information.

black out lights out electrical outage no electricity