Why is it so hard to say? 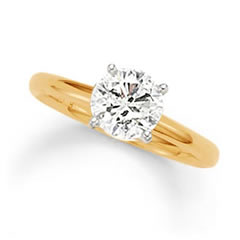 by Randy Becton (03/31/2004) | The Caring Touch
Tiger Woods wins more major tournaments each year than any other golfer in the world. And he only recently celebrated his 28th birthday. He was voted Player of the Year for the fifth successive time by his fellow golfers on the PGA tour

Tiger knows more about success as a golfer at this stage of his life than any golfer in history. Yet even with all this success, he faced the most stressful, nervous time in his adult life during a vacation to South Africa.

Greater than the stress of all those major tournaments was summoning the courage to say four words. Rehearsing the magic words "will you marry me?" felt so severely nervous to him because "you don't ever want to blow a special moment like that. If you hit a great putt and you know it's in, it's in. But even if you say it absolutely perfectly — those four words — you could still get denied."

When Woods told reporters that he faced the most nervous moments of his adult life when he asked Elin to become his wife, he was referring to the major fear of rejection, being told "no" by the love of your life, a person to whom you revealed your heart's deepest feelings.

Tiger was verbally committing his love for Elin with a promise to be her life companion — the one with whom he would share everything life offers, the good and enriching times and the sad and tragic times. A commitment to stand together in building a family. Woods was offering all of himself to the woman he loved. Think for a moment about his vulnerable position: Elin could have said no. To repeat Woods' words, "You could still get denied."

I invite you to a document written about AD 80 by a man named John, one of the closest of Jesus' friends, maybe his best friend. He lived long enough to write a brief biography of Jesus. John tells early in his story that Jesus was God's son, and that his purpose in coming to earth was to show us what God is like. (John 1:18)

He adds that many of his own people rejected him, yet "to all who received him, to those who believed in his name, he gave the right to become children of God — children born not of natural descent, nor of human decision or a husband's will, but born of God." (John 1:12-13)

I wonder how Jesus felt about being accepted and rejected. John writes that Jesus gave his life for man's sins. Some would appreciate this sacrifice of love so much that they would follow Jesus to their dying day. But others would reject the story of love, giving it no place in their lives at all.

Jesus knows the most about rejection.
At worship each Sunday, I think about his sacrifice of love when the time comes to participate in communion. Why would the King of kings offer himself to a bunch of ungrateful people, including me? Why should he die for my sins when it's so likely I'll reject him?

As you think about his best friend, John, writing his biography, can you almost picture him weeping that his friend went through all of that suffering, humiliation and rejection, so that humans could know how much God the father loves them? I can. But what I think the most about is my life — how I said "yes" to Jesus.

Tiger Woods got nervous about Elin's response to his proposal. Tiger, what is your answer to Jesus' question to you about receiving or rejecting God's love for you?

"The Four Hardest Words" by Randy Becton is licensed under a Creative Commons License. Heartlight encourages you to share this material with others in church bulletins, personal emails, and other non-commercial uses. Please see our Usage Guidelines for more information.