Where Does it All Come From?

Where does the strength for a crisis come from? 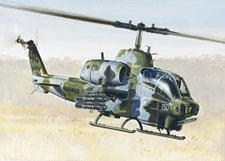 by Rubel Shelly (02/28/2004) | Special Features
John Paul Norman is twenty-five, married, and the father of a four-month-old son. His mom, dad, and two sisters take such pride in him. He was an excellent student in high school and always kept his nose clean. In fulfillment of his boyhood dream to fly military aircraft, he earned an appointment to the Naval Academy, was commissioned as a lieutenant in the United States Marine Corps, and had become the "go-to guy" of his outfit — excelling now in flying two-man Cobra helicopters.

On his last day of stateside training before leaving for Iraq, his sophisticated flying machine failed its pilots. The experienced Major at the aircraft's controls did everything right to minimize the crash impact. He was injured but able to escape the cockpit. Lt. Norman, in the front position and manning the Cobra's weaponry, was pinned. As his flying mate and another crew of Cobra pilots tried to extricate him, the terrible fire began. And John suffered third-degree burns on both arms and both legs.

As I write this story for you, he is still fighting for his life in a burn unit in Phoenix. He is getting outstanding medical care and has already undergone three major surgeries in the two weeks following his injuries. It has been absolutely amazing to watch his wife, parents, and sisters deal with all that has happened. And their way of coping reflects the heart and character of the patriotic young man they love.

Something of a mantra within this godly family right now goes like this: "God didn't cause this to happen to John, but he is going to use John and what has happened to him in some wonderful way we can't see yet."

Have you ever heard a clearer, firmer declaration of faith? Do you wonder how they found such strength in this crisis? They didn't! They built it into their lives and relationships over decades.

What some people don't understand is that heroic or righteous behaviors don't just spring up in a fortunate few. They surface in the lives of people who have been about the little things that build faith, nurture love, and form character over time. Then, when the crisis comes, they have deep reserves from which to draw.

If you think the routine things of your life — showing up, doing your job well, being honest and fair, saying grace at meals with your family, getting to Sunday School and church together — don't really count for much in the grand scheme of things, you are incredibly mistaken. They are monumentally important. They are the tiny elements of the deep strength you may need for your own ordeal someday.

Heroic or righteous behaviors don't just spring up in a fortunate few.

So make every effort to apply the benefits of these promises to your life. Then your faith will produce a life of moral excellence. A life of moral excellence leads to knowing God better. Knowing God leads to self-control. Self-control leads to patient endurance, and patient endurance leads to godliness. Godliness leads to love for other Christians, and finally you will grow to have genuine love for everyone. The more you grow like this, the more you will become productive and useful in your knowledge of our Lord Jesus Christ. (2 Peter 5:1-8)

As you think about your own needs for today, please pray for my friend John.

"Where Does it All Come From?" by Rubel Shelly is licensed under a Creative Commons License. Heartlight encourages you to share this material with others in church bulletins, personal emails, and other non-commercial uses. Please see our Usage Guidelines for more information.