The Truth Behind Fancy Words

What lies behind the words we use to describe ourselves? 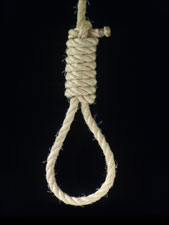 by Alan Smith (01/17/2004) | Timely Truths
The Smiths were proud of their family tradition. Their ancestors had come to America on the Mayflower. Their relatives included senators and Wall Street wizards.

They decided to compile a family history, a legacy for their children and grandchildren, and hired a fine author. Only one problem arose — how to handle the two black sheep of the family — George, who was executed in the electric chair for murder, and Sam, who was hanged for rustling cattle.

The author assured them he could handle the story tactfully.

When the book appeared, it said that great-grandfather Sam died, "taking part in a public function when the platform gave way.'"

As for great-uncle George, he "occupied a chair of applied electronics at an important government institution, was attached to his position by the strongest of ties, and his death came as a great shock."

I wish I could blame it all on "political correctness," but it's a problem that goes back hundreds (and thousands) of years. We want people to think well of us (or our relatives), so we paint a pretty picture of words, or we hide behind a beautiful hand-crafted mask. But when you get behind the pretty words and the image we have erected, there's only one thing that God wants to know — what's in the heart? There's the reality.

"Woe to you, scribes and Pharisees, hypocrites! For you are like whitewashed tombs which indeed appear beautiful outwardly, but inside are full of dead men's bones and all uncleanness. Even so you also outwardly appear righteous to men, but inside you are full of hypocrisy and lawlessness." (Matthew 23:27-28)

"The Truth Behind Fancy Words" by Alan Smith is licensed under a Creative Commons License. Heartlight encourages you to share this material with others in church bulletins, personal emails, and other non-commercial uses. Please see our Usage Guidelines for more information.