If someone were to see you, would you match with Jesus? 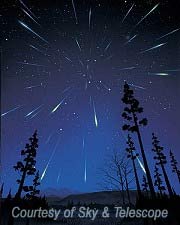 by Larry Zinck (01/15/2004) | Special Features
Special Note: This article also appears in Portuguese in our sister publication Iluminalma.com.br as Heartlight seeks to share God's grace and Internet resources around the world.

The police recently caught a group a kidnappers in Sâo Paulo, Brazil. One of the kidnappers took one man that the group had kidnapped to the shopping mall. With the victim's help the kidnapper was making several purchases using the victims credit cards. The scheme worked well except for one small detail. The kidnapper was simply dressed but had put on the expensive running shoes that the victim had been wearing. The man who had been kidnapped was wearing expensive clothes and a pair of old dirty shoes that belonged to the kidnapper. An alert clerk in a store became suspicious and notified the security guards at the mall who quickly apprehended the kidnapper who led them to the gang and to the hideout where another victim was being held.

The shoes the two men were wearing were the key to solving the crime. The clerk noticed right away that something was wrong.

What is it that people notice right away about you?

Do they notice right off by the way you talk or the way you act that you are a follower of Jesus?

Writing to believers at the church in Philippi, Paul wrote:

"Do everything without complaining or arguing, so that you may become blameless and pure, children of God without fault in a crooked and depraved generation, in which you shine like stars in the universe ..." (Philippians 2:14-15)

As followers of Jesus, you and I, can shine like stars!
The Bible tells us that as disciples of Christ we must be different from other people, so different that we shine like stars in the dark world in which we live.

People should be able to look at us and perceive right away that there is something different about us. Others are always complaining, but the servant of Jesus has learned how to be content whatever the circumstances. Others have dirty minds and impure thoughts, but the children of God seek to be holy as God our Father is holy.

Those old, dirty shoes on the man who was kidnapped in Sâo Paulo did not match the nice, expensive clothes he was wearing. When we were baptized in Christ we were born anew and put on Christ so that we can live in the image of God our Creator. When someone who says that he is a follower of Jesus tells lies or uses filthy language, people will notice before very long that something is not right. Something doesn't match.

Our Father wants us to be obedient children whose conduct "matches" our Savior's. As followers of Jesus, you and I, can shine like stars in this dark world. Our words and our actions can be such a blessing that others notice right away that we are disciples of Jesus.

I pray that today, you and I will be blameless and pure children of God without fault in a crooked and depraved generation, in which we shine like stars in the universe.

"Do You Shine?" by Larry Zinck is licensed under a Creative Commons License. Heartlight encourages you to share this material with others in church bulletins, personal emails, and other non-commercial uses. Please see our Usage Guidelines for more information.

Larry Zinck is a long time minister in the country of Brazil.