[Jesus said,] "And if I am empowered by Satan, what about your own exorcists? They cast out demons, too, so they will condemn you for what you have said."
— Luke 11:19 NLT 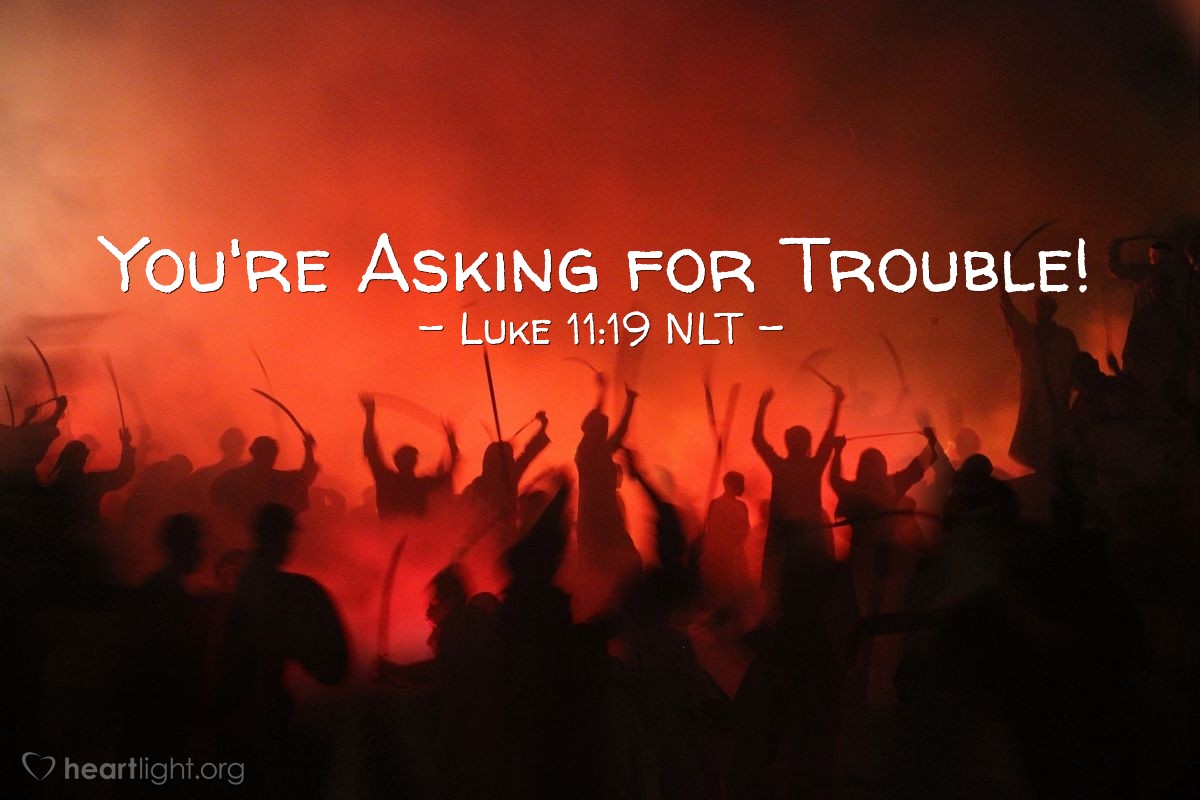 Jesus had been accused of casting out demons by the power of Satan. His second response to the people's accusation was very simple. If they were going to claim that his power was coming from Satan, then where did the power of other Jewish exorcists come from? Jesus wanted them to understand that if they were going to make that accusation against him, then they were implicating their fellow Jewish teachers who do similar things. While Jesus clearly had power over demons, Satan, and evil, he also had to battle the opponents who accused him. To communicate effectively, he used their own logic and law to help true seekers understand him. While he could never win over his "dyed in the wool" opponents, he could help bring those who were genuinely interested closer to him by helping them grasp his message by using terms they understand as well as by using their forms of rhetoric. We can learn from Jesus how to speak to others more effectively. We must speak in ways others can understand so they can find their way to the truth!

Father, help me as I seek to communicate your truth and grace to those who look at the world differently than I do. Help me find wise and effective ways to share your message in a manner that is both completely true to it and also consistent with the way others understand and evaluate truth. In Jesus' name, I pray. Amen.