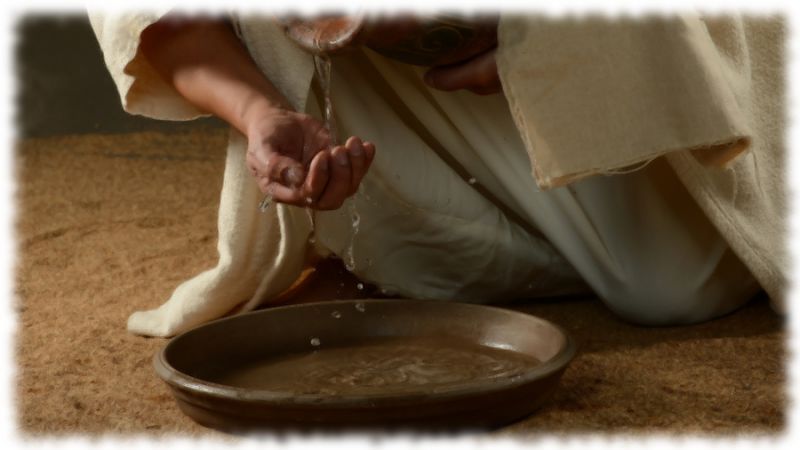 What kind of Savior, Lord, and Messiah talks about dying instead of ruling?

On his way to Jerusalem, Jesus' shared three prophecies with his closest disciples. These prophecies focus on his being rejected, crucified, and raised from the dead (Mark 8:31; 9:30-32; 10:33-34).

The Lord's words mystified his disciples. These men who were supposed to know him best were confused and upset with Jesus' statements about rejection and crucifixion. They were so troubled, each time their Lord spoke them, they said and did something the opposite of Jesus' example of servant leadership — they jockeyed to see which among them was going to be most important in Jesus' coming kingdom (Mark 8:32-33; 9:33-34; 10:35-41).

Their actions revealed their lack of understanding of the kind of Messiah Jesus came to be. He wasn't behaving in the way they wanted their Messiah to act.

He had power, but wouldn't use it for himself.

He had status, but wouldn't claim it.

He had heaven's approval, but wouldn't force recognition of his reign on anyone.

Jesus was the upside-down Messiah. 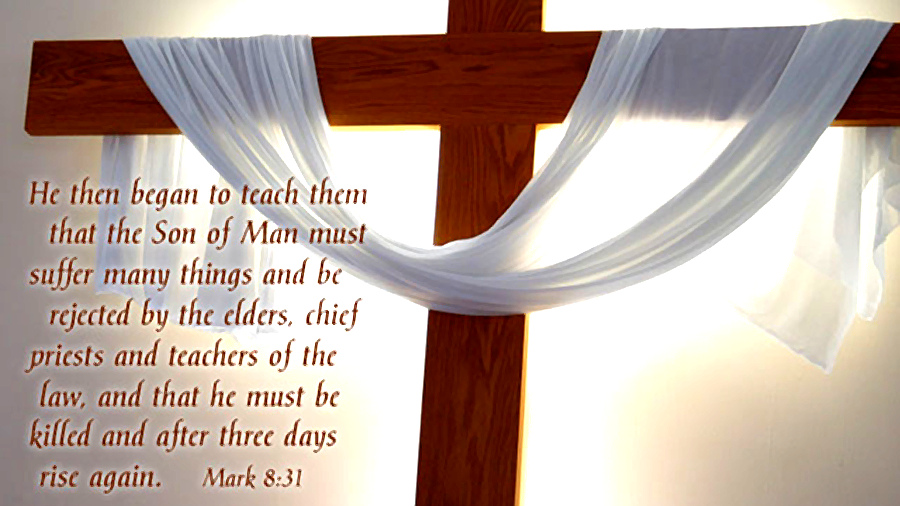 In the realm where Jesus reigns, the last one is first; the least one is the greatest; and the lost one is found. Servants and little children are heroes. The greatest in his kingdom are not the ones who have the most money or the most religious influence; instead, they are the ones who receive his Kingdom as a child (Mark 9:41-42; 10:13-23).

The culmination of Jesus' messages on discipleship and his kind of Messiahship resulted in these simple, but powerful and status-reversing, words that sum up the Lord's purpose:

James Nored talks about this upside-down Messiah in today's video:

What are we to make of our upside-down Messiah?

We must seek his kingdom and receive it as a humble child. We must learn to recognize that status, power, authority, and position do not confer upon a man or a woman any status in God's kingdom. Only a person whose life reflects the values taught and lived by Jesus can be part of his Kingdom.

In our real-life world of being Jesus' church in a broken world, how important is this call to emulate the upside-down Messiah?

Few churches ever had as close a relationship to the apostle Paul as the church in Philippi. That church began with Jewish women who provided a place for the new church to meet and a place for the missionary team to live (Acts 16:11-15, 40). It soon grew to include the family of the Philippian jailer (Acts 16:16-34).

Along the way, two women, Euodia and Syntyche, had helped lead a large number of the disciples there to Christ (Philippians 4:2-3). Unfortunately, these two women got into such a problematic disagreement that their dispute was threatening the vitality of the entire congregation. Paul had to address the problem publicly and solicit the help of a trusted brother in Philippi to help (Philippians 4:2-3).

The crucial part of Paul's approach to addressing this problem, however, was his call to the believers in Philippi to be of "one mind" (Philippians 2:2; 4:2) by having the mind of the upside-down Messiah:

Jesus is our upside-down Messiah.

by taking the very nature of a servant,
being made in human likeness.
And being found in appearance as a man,
he humbled himself
by becoming obedient to death —
even death on a cross! 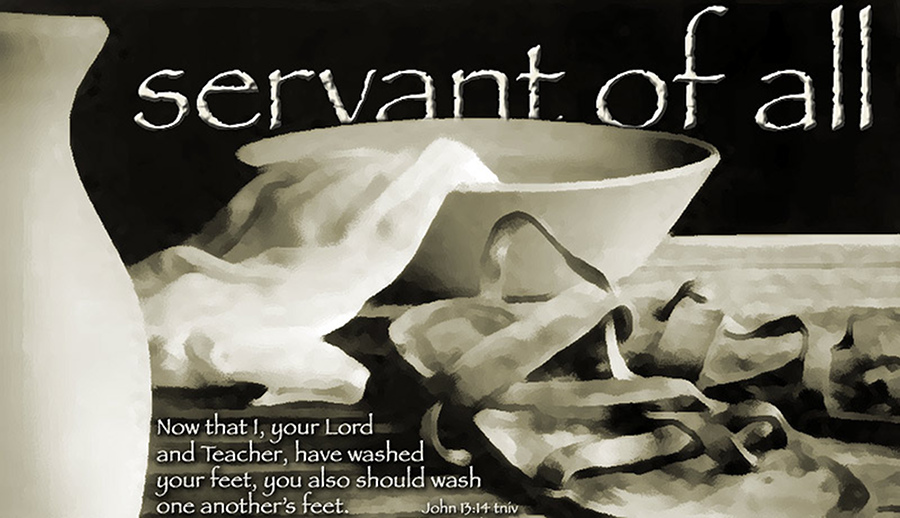 Our upside-down Messiah established an upside-down kingdom. Our Lord reminds us still today that the greatest among us will not be the person with the largest number of Instagram followers, the highest number of Facebook likes, or the most enamored Twitterheads. The greatest in Jesus' kingdom today won't be the person with the most religious degrees, best spiritual pedigree, or most wanted to speak at our religious conventions.

Greatest in Jesus' upside-down kingdom was, is, and always willing to serve others as Jesus has served them!

As much as we don't want to admit it, we often miss the way of the upside-down Messiah as badly as his first disciples. We can, however, change that. We can value the least, the last, and the lost like our Savior. We can see the heart of a kingdom-seeker in the humility and innocence of children we are called to value. We will likely find these servants not at the head of the table but at the feet of those in need of grace. My, that would certainly change things in our world, wouldn't it! 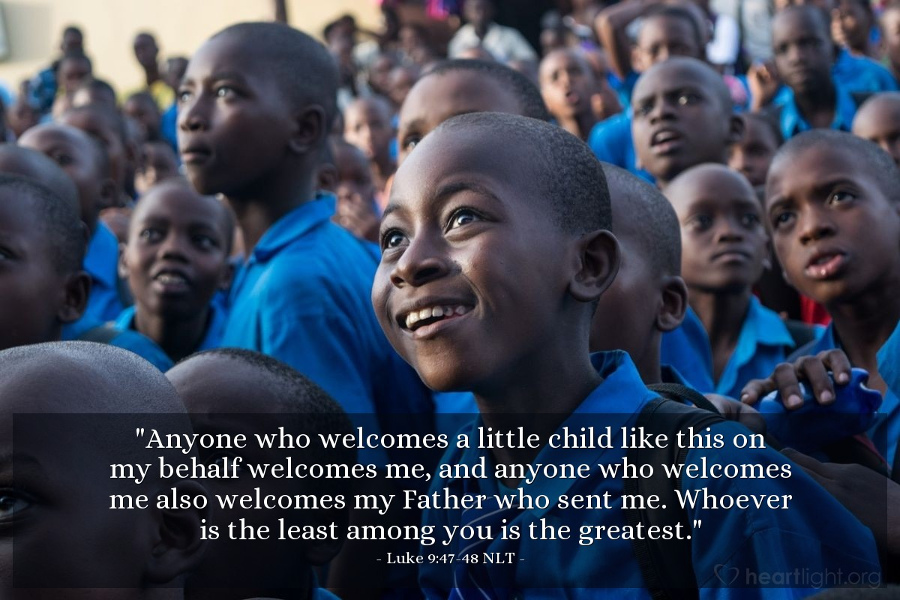 "The Upside-Down Messiah" by James Nored & Phil Ware is licensed under a Creative Commons License. Heartlight encourages you to share this material with others in church bulletins, personal emails, and other non-commercial uses. Please see our Usage Guidelines for more information.

ToGather: Jesus Is Both Savior and Lord (September 20, 2020)
Jesus isn't just our Savior; he is also our Lord. As Lord, Jesus challenges us to take up our cross and follow him.

We All Need Jesus!
Because we could not be

We All Need Jesus!
Because we could not be

Who Do I Say that Jesus Is?
Jesus' trials focused on his true identity.

Unless a Seed
Jesus had many opportunities to walk away from the shame and pain of the cross, but he chose the Father's will and our need over his comfort.