Let the Water Be Your Friend

It was with fear and trembling that she made her unsteady way down the steps and stood, shaking like a leaf! 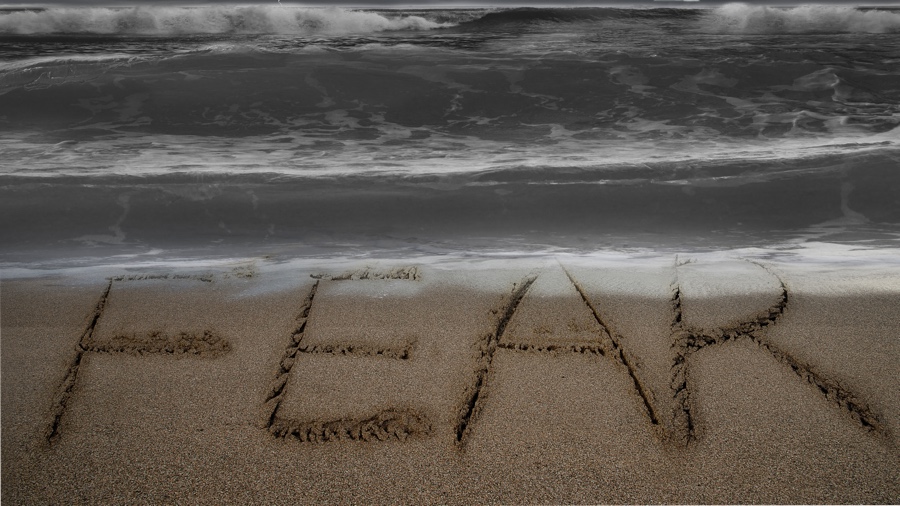 Almost since its founding in 1846, the Smithsonian Institution has been a must-see destination for both Washington-area residents and visitors to our nation’s capital city. The iconic red sandstone “castle,” completed in 1855, once housed the entire collection that now fills 18 museums, nine research centers, and 120 affiliate organizations scattered around the world. With more than 138 million artifacts, no wonder the Smithsonian is often called "the nation's attic."

The American History Museum has always been of special interest to me, and that interest is heightened by the ambitious plans of Peter Manseau, the new Curator of Religious History, who has launched a five-year program to emphasize the integration of faith into all aspects of American history and life. He thinks that the study of American history requires the study of American religious history. The prized freedom of religion which once emphasized religious differences has moved toward the recognition of religious similarities.

Changes in my own outlook have followed a similar path. Mountains I once thought important enough to die on, I now see as little more than molehills. I suppose leaders of a local church have the right to require men who serve in public worship to wear coats and ties and read the Bible only from approved versions so long as they don't confuse human choice with divine mandate. When my friend who was the national leader of a major denomination would say to me, "You don't have to be baptized to be saved, but you do have to be baptized if you want to obey God," I thought we were mighty close to choosing different words to say the same thing.

The best use of our freedom of religion is to seek as much common ground as possible so we can join forces to defeat our common enemy, the Prince of Darkness.

Miami, Florida is a city laced with canals, rivers, lakes, at least 70 public pools, and more private pools than anyone can count, not to mention Biscayne Bay and the Atlantic Ocean. Mary Margaret and I knew it was no place for four young children who had not yet learned to swim. As we began asking about swimming instructors, a friend said, "The best swimming teacher in the world lives just a couple of blocks from you!" How could we not consider the best?

George Le Duc had gained fame during World War II teaching paraplegics to swim as part of their recovery. But George had known fame of a different sort years before the war. In 1932, Hollywood executives decided the Edgar Rice Burroughs stories about Tarzan had great movie potential. Johnny Weissmuller, who had won three gold medals for swimming in the 1924 Olympics and two more in the 1928 games, and was the holder of 67 world records, was their choice to be Tarzan. Unfortunately, Weissmuller couldn't swim the way they wanted. He was a speed swimmer, but they needed a form swimmer, someone who could swim up to the shore with his broad chest halfway out of the water. George Le Duc took on the daunting task of teaching a champion swimmer how to swim better. Now, more than 30 years later, he was going to teach our kids!

George was a wizened old man, skin tanned like leather by long exposure to the Florida sun, and a cigarette always dangling from his lips. It was a race between lung cancer and skin cancer to see what would get him first.

That's what I've wanted as long as I can remember!
When the kids went for their first lesson, George started by putting them at ease. Standing in water that came up to eight-year-old Richard's chest, George fished in the pocket of his swim trunks and pulled out a shiny penny. "Oops, I dropped it and it went to the bottom. Richard, can you pick that up for me?" Richard bent over as he would on dry land, and was immediately horizontal on top of the water, unable to reach the penny, and unable to do anything but flounder. George gently set Richard back on his feet and said, "Did you notice that you couldn't sink? The water is not going to let you down; the water is your friend!"

Our children all became very confident and accomplished swimmers, thanks to the guy who taught Tarzan, and who taught our kids that "the water is your friend!"

From Fear to Friend:

For about 50 years I didn't give those words any significance beyond the obvious. Then, a friend called one day to ask if I could help him baptize a man he had been teaching. When I got to the church building, I found a small crowd had gathered — friends, relatives, co-workers and Kelly's mother, a woman about my age. As we went through the handshaking and getting acquainted time, I learned that the mother had tried for years to be baptized but was deathly afraid of water. As she told me of a childhood experience that had caused her unreasonable fear, her eyes filled with tears as she said, "I just wish I could be as brave as Kelly, and be baptized today." 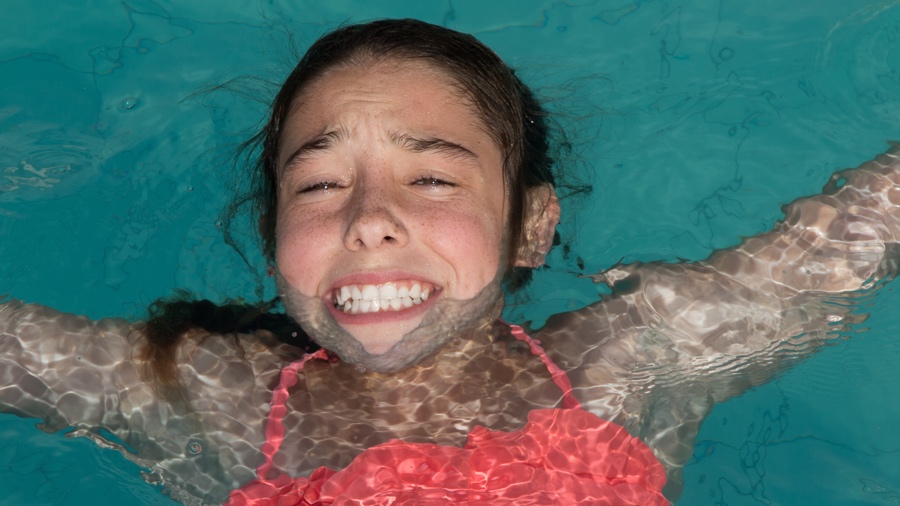 Several times she affirmed her desire and I assured her that if she really wanted to be baptized, we would help her. As I talked with her quietly and tried to assuage her fear, suddenly I remembered words from the past and said, "The water is your friend." Then I outlined a plan: "I'm going to baptize Kelly, and then he is going to stay in the water with me. He's going to get on one side, and I'll be on the other, and we'll baptize you if that's what you really want."

We helped her into the baptistery, I massaged her back and shoulders to help her relax, and her son and I baptized her. When Sue died I was not able to travel for her funeral, but I wrote these lines:

She wanted so much to obey God, but it was with fear and trembling that she made her unsteady way down the steps and stood, shaking like a leaf. Until, that is, we raised her from that watery grave and a radiant smile burst over, not just her face, but her whole being.

On that happy day, all her fears were laid to rest and the water she had feared all her life had become her friend. 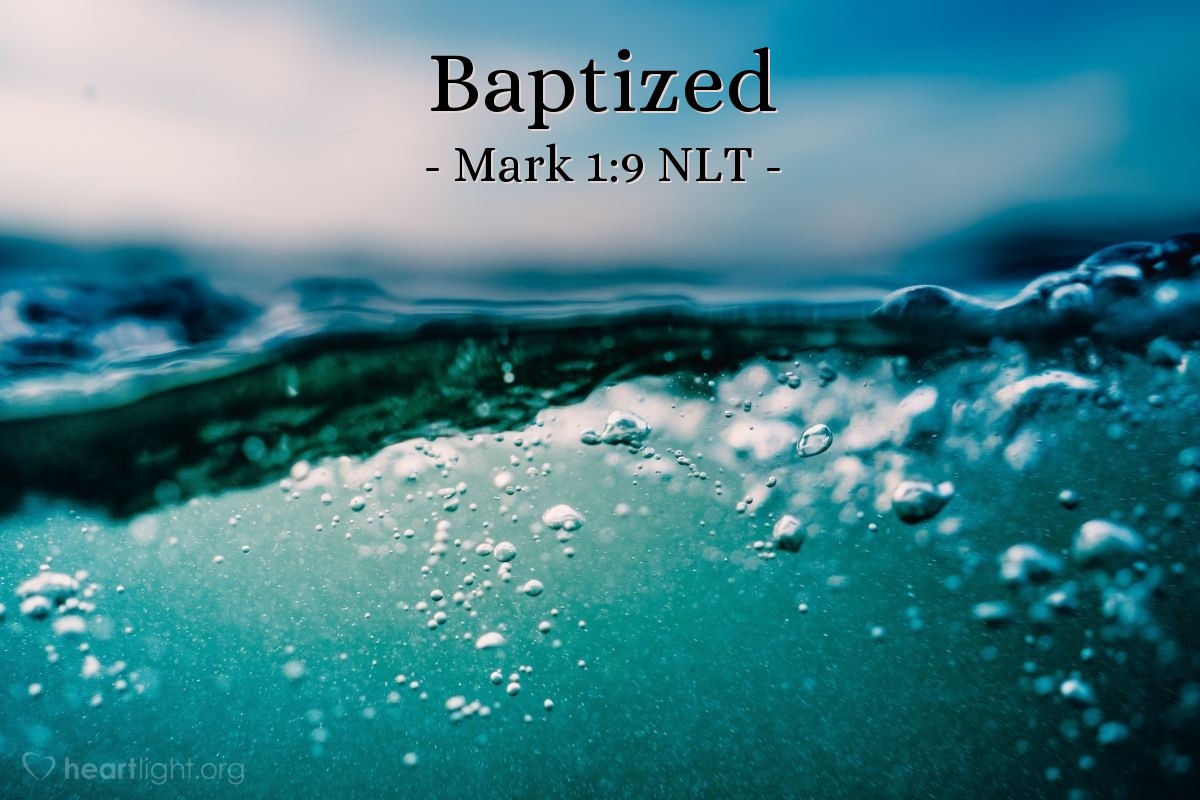 "Let the Water Be Your Friend" by Phillip Morrison is licensed under a Creative Commons License. Heartlight encourages you to share this material with others in church bulletins, personal emails, and other non-commercial uses. Please see our Usage Guidelines for more information.