Hank and the Mop Bucket 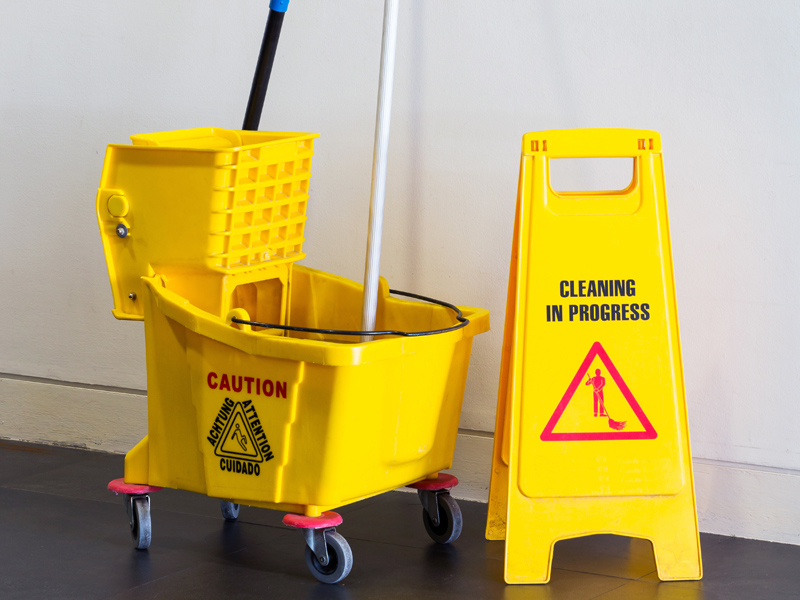 by Max Lucado (10/02/2016) | Kingdom Leadership
Picture this: your child comes home from school, nursing hurt feelings. You comfort her and begin telling her a story from your own childhood to help her deal with her hurt.

Or a friend, confused and uncertain, comes to you for counsel. Your best advice begins like this: "You know, something like this happened to me once..."

Stories. Parables. We use them to teach, to share, to comfort.

We learned this technique from the greatest teacher. "Jesus taught them many things, using stories" (Mark 4:2).

Parables help us understand simple and complex truths. Here are some of my favorites.

The Parable of the Mop Bucket

The hallway is silent except for the wheels of the mop bucket and the shuffle of the old man's feet. Both sound tired.

Both know these floors. How many nights has Hank cleaned them? Always careful to get in the corners. Always careful to set up his yellow caution sign warning of wet floors. Always chuckling as he does. "Be careful everyone," he laughs to himself, knowing no one is near.

Not at three AM.

Hank's health isn't what it used to be. Gout keeps him awake. Arthritis makes him limp. His glasses are so thick his eyeballs look twice their size. Shoulders stoop. But he does his work. Slopping soapy water on linoleum. Scrubbing the heel marks left by the well-heeled lawyers. He'll be finished an hour before quitting time. Always finishes early. Has for twenty years.

When finished he'll put away his bucket and take a seat outside the office of the senior partner and wait. Never leaves early. Could. No one would know. But he doesn't.

He broke the rules once. Never again.

Sometimes, if the door is open, he'll enter the office. Not for long. Just to look. The suite is larger than his apartment. He'll run his finger over the desk. He'll stroke the soft leather couch. He'll stand at the window and watch the gray sky turn gold. And he'll remember.

He once had such an office.

Hank doesn't think about it much now. No reason to. Got in trouble, got fired, and got out. That's it. Not many people know about it. Better that way. No need to tell them.

Hank's story, by the way, is true. I changed the name and a detail or two. I gave him a different job and put him in a different century. But the story is factual. You've heard it. You know it. When I give you his real name, you'll remember.

Happens to all dreamers. And since all have dreamed, it happens to us all.

In Hank's case, it was a mistake he could never forget. A grave mistake. Hank killed someone. He came upon a thug beating up an innocent man, and Hank lost control. He killed the mugger. When word got out, Hank got out. 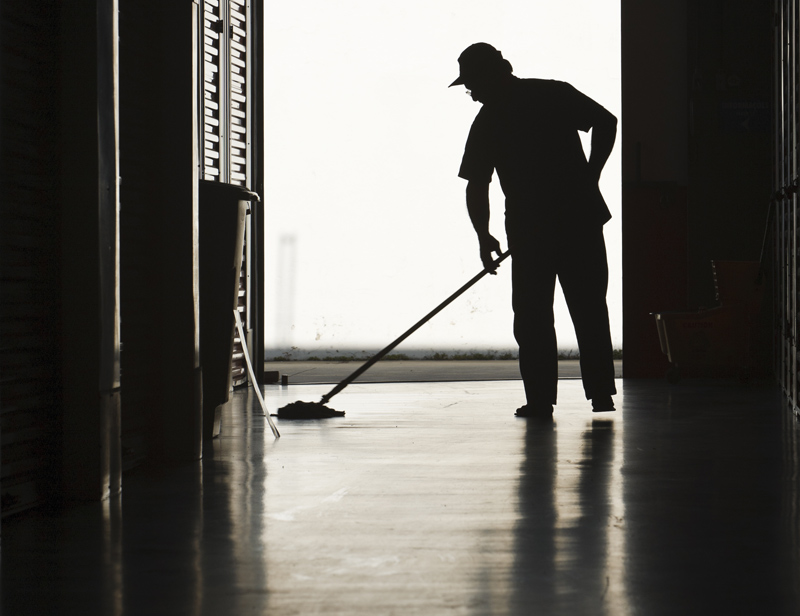 Hank would rather hide than go to jail. So he ran. The executive became a fugitive.

True story. Common story. Most stories aren't as extreme as Hank's. Few spend their lives running from the law. Many, however, live with regrets.

"I could have gone to college on a golf scholarship," a fellow told me just last week on the fourth tee box. "Had an offer right out of school. But I joined a rock-and-roll band. Ended up never going. Now I'm stuck fixing garage doors."

Pick up a high school yearbook and read the "What I want to do..." sentence under each picture. You'll get dizzy breathing the thin air of mountaintop visions:

"Write books and live in Switzerland."

"Physician in a Third World country.

But, take the yearbook to a twentieth-year reunion and read the next chapter. Some dreams have come true, many haven't. Not that all should, mind you. I hope the little guy who dreamed of being a sumo wrestler came to his senses. And I hope he didn't lose his passion in the process. Changing direction in life is not tragic. Losing passion in life is.

Hank didn't. Hank saw a man who'd settled for the mediocre. Trained in the finest institutions of the world, yet working the night shift in a minimum-wage job so he wouldn't be seen in the day.

But all that changed when he heard the voice from the mop bucket. (Did I mention that his story is true?)

At first, he thought the voice was a joke. Some of the fellows on the third floor play these kinds of tricks.

Hank turned. No one called him Henry anymore.

He turned toward the pail. It was glowing. Bright red. Hot red. He could feel the heat ten feet away. He stepped closer and looked in. The water wasn't boiling.

"This is strange," Hank mumbled to himself as he took another step to get a closer look. But the voice stopped him.

"Don't come any closer. Take off your shoes. You are on holy tile."

I'm not making this up. I know you think I am. Sounds crazy. Almost irreverent. God speaking from a hot mop bucket to a janitor named Hank? Would it be believable if I said God was speaking from a burning bush to a shepherd named Moses?

Maybe that one's easier to handle — because you've heard it before. But just because it's Moses and a bush rather than Hank and a bucket, it's no less spectacular.

You remember his story. Adopted nobility. An Israelite reared in an Egyptian palace. His countrymen were slaves, but Moses was privileged. Ate at the royal table. Educated in the finest schools.

But his most influential teacher had no degree. She was his mother. A Jewess who was hired to be his nanny. "Moses," you can almost hear her whisper to her young son, "God has put you here on purpose. Someday you will set your people free. Never forget, Moses. Never forget."

Moses didn't. The flame of justice grew hotter until it blazed. Moses saw an Egyptian beating a Hebrew slave. Just like Hank killed the mugger, Moses killed the Egyptian.

The next day Moses saw the Hebrew. You'd think the slave would say thanks. He didn't. Rather than express gratitude, he expressed anger. "Will you kill me too?" he asked (see Exodus 2:14).

Moses knew he was in trouble. He fled Egypt and hid in the wilderness. Call it a career shift. He went from dining with the heads of state to counting heads of sheep.

And so it happened that a bright, promising Hebrew began herding sheep in the hills. From the Ivy League to the cotton patch. From the Oval Office to a taxicab. From swinging a golf club to digging a ditch.

The voice from the bush is the voice that whispers to you. It reminds you that God is not finished with you yet.
Moses thought the move was permanent. There is no indication he ever intended to go back to Egypt. In fact, there is every indication he wanted to stay with his sheep. Standing barefoot before the bush, he confessed, "I am not a great man! How can I go to the king and lead the Israelites out of Egypt?" (see Exodus 3:11).

I'm glad Moses asked that question. It's a good one. Why Moses? Or, more specifically, why eighty-year-old Moses?

The forty-year-old version was more appealing. The Moses we saw in Egypt was brash and confident. But the Moses we find four decades later is reluctant and weather-beaten.

Had you or I looked at Moses back in Egypt, we would have said, "This man is ready for battle." Educated in the finest system in the world. Trained by the ablest soldiers. Instant access to the inner circle of the Pharaoh. Moses spoke their language and knew their habits. He was the perfect man for the job.

Moses at forty we like. But Moses at eighty? No way. Too old. Too tired. Smells like a shepherd. Speaks like a foreigner. What impact would he have on Pharaoh? He's the wrong man for the job.

And Moses would have agreed. "Tried that once before," he would say. "Those people don't want to be helped. Just leave me here to tend my sheep. They're easier to lead."

But God did. How do you figure? Benched at forty and suited up at eighty. Why? What does he know now that he didn't know then? What did he learn in the desert that he didn't learn in Egypt?

The ways of the desert, for one. Forty-year-old Moses was a city boy. Octogenarian Moses knows the name of every snake and the location of every watering hole. If he's going to lead thousands of Hebrews into the wilderness, he better know the basics of desert life 101.

Family dynamics, for another. If he's going to be traveling with families for forty years, it might help to understand how they work. He marries a woman of faith, the daughter of a Midianite priest, and establishes his own family.

But more than the ways of the desert and the people, Moses needed to learn something about himself.

Apparently, he has learned it. God says Moses is ready. 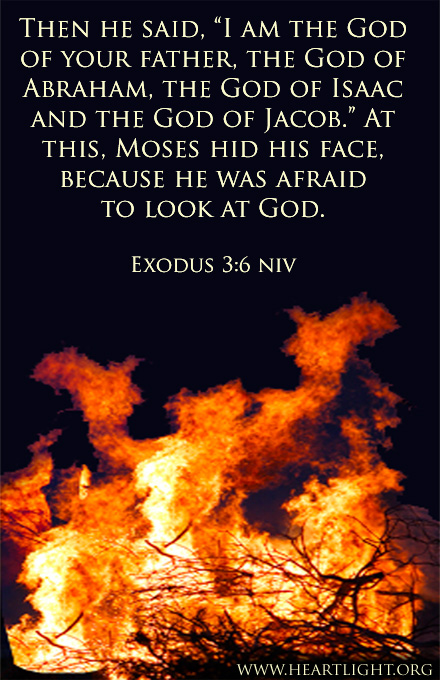 And to convince him, God speaks through a bush. (Had to do something dramatic to get Moses' attention.)

"School's out," God tells him. "Now it's time to get to work." Poor Moses. He didn't even know he was enrolled.

But he was. And, guess what? So are you.

If so, think again.

"God began doing a good work in you, and I am sure he will continue it until it is finished when Jesus Christ comes again" (see Philippians 1:6).

Did you see what God is doing? A good work in you.

Did you see when he will be finished? When Jesus comes again.

May I spell out the message? God ain't finished with you yet. 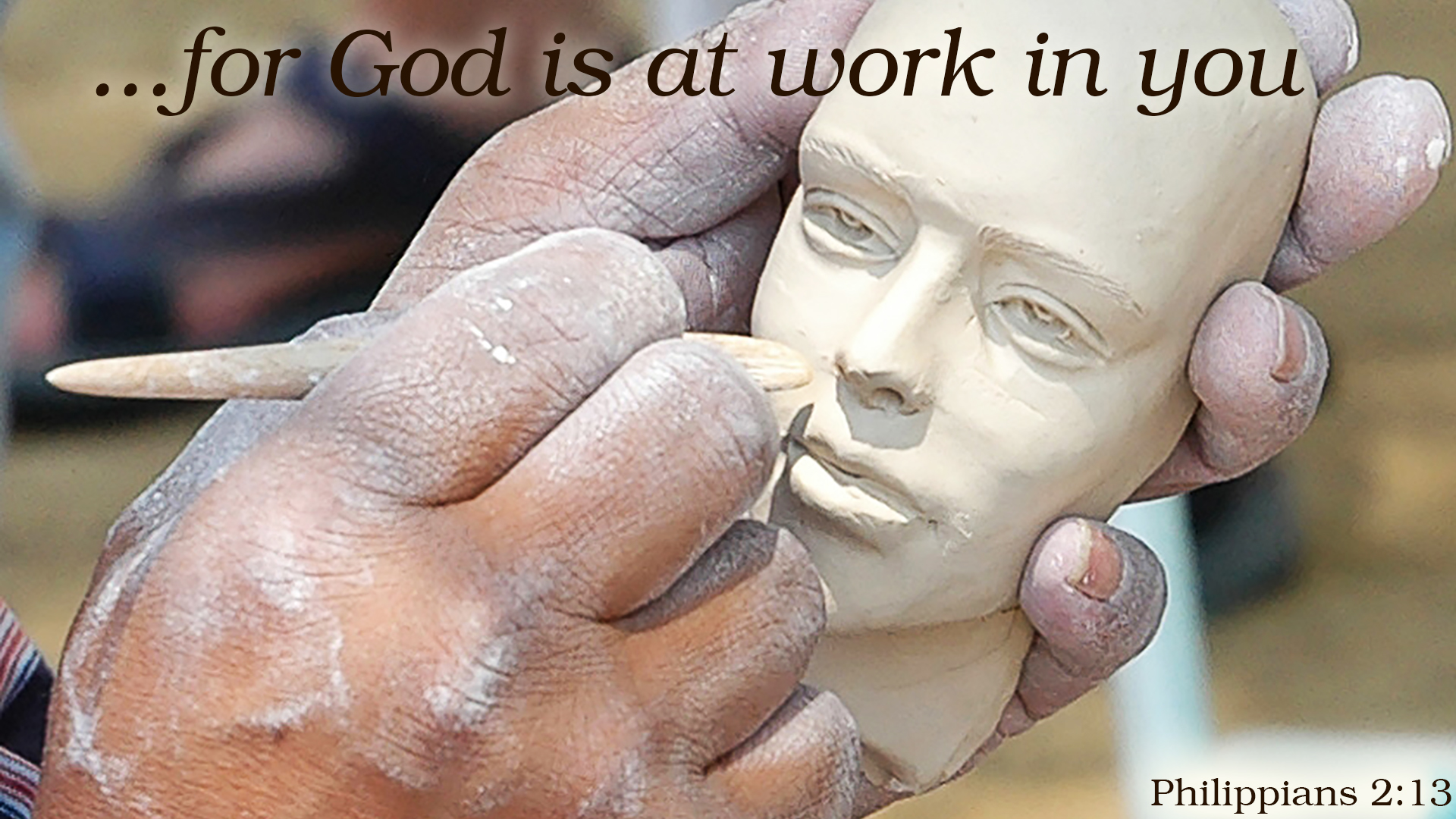 Originally from "The Parable of the Mop Bucket" in Max's book, When God Whispers Your Name. © 1994 by Max Lucado.

Used by permission. All rights reserved.

"Hank and the Mop Bucket" by Max Lucado is licensed under a Creative Commons License. Heartlight encourages you to share this material with others in church bulletins, personal emails, and other non-commercial uses. Please see our Usage Guidelines for more information.