Willing to Die on This Mountain

What are the mountains you would die on for what you believe and what you are called to do? 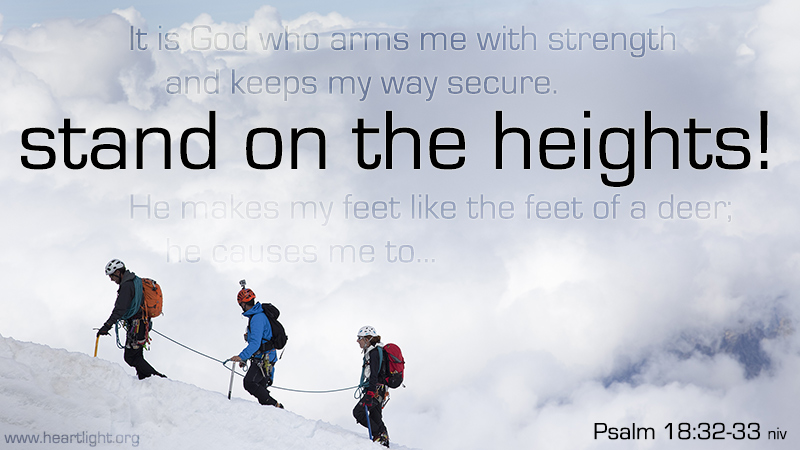 For the LORD is the great God,
the great King above all gods.
In his hand are the depths of the earth,
and the mountain peaks belong to him (Psalm 95:3-4 NIV).It is God who arms me with strength
and keeps my way secure.
He makes my feet like the feet of a deer;
he causes me to stand on the heights (Psalm 18:32-33 NIV).

On September 18, the anticipated blockbuster "Everest" releases at movie theaters around the world. Based on the interviews I've heard and the movie trailer that I've seen, this story will be gripping as well as breathtaking, sobering as well as exhilarating. If you're interested, here's the trailer to give you a glimpse of the beauty, danger, and emotion surrounding Mount Everest.

Since 1922, there have been 280 documented deaths associated with climbing Mount Everest. These climbers did not want to die on the mountain, but all accepted the risks. Somewhere in their heart of hearts, all these who lost their lives had said to themselves, "I am willing to die on this mountain!" Sadly, each of them did. They discovered the truth of three long-held rules of mountaineering:

Churches in transition between preachers are on an expedition to find more than a new person to fill the pulpit. They are looking for a partner to help them climb their mountains. So both the congregation and the preacher candidate need to ask themselves, "On which mountains are we willing to die?" Neither may consciously know what those mountains are. Neither may know to ask the question about the other's mountain. Neither may want to talk about these kinds of mountains. Never the less, the mountain questions need to be asked. Sooner or later, the issue of a church's most important mountains will surface. You want to be on the same page as a team when it does. You don't want unnecessary conflict when you find yourself on a mountain someone else feels is important, but you do not. You need to know your mountains, and you need to have a commitment to each other as you face the challenges of these mountains!

This lack of understanding about a minister's and congregation's mountains of importance will inevitably lead to misunderstanding, conflict, messy departures, and even church splits. In every failed spiritual expedition, good people can become spiritual causalities. Some can even become spiritual fatalities, lost to the congregation and sometimes even lost to a life of shared faith. False assumptions, willful naiveté, and overconfident attitudes simply are not acceptable when considering a congregation's theological and missional mountains of importance.

In addition to not sharing the same mountains importance, the congregation and the potential new preacher can also face an all too common problem: making too many things of lesser importance into mountains. My grandmother had a saying, "You're making a mountain out of a molehill." My mom used this statement on her three boys as a way of deflating our overly dramatic approaches to little boy crises that weren't really crises at all. In nearly four decades of working with churches, I've come to discover that little boys are not the only ones who make mountains out of molehills. Churches can fight over things that are far from mountain issues.

Congregations who don't know their mountains of greatest doctrinal and missional importance can find themselves regularly fighting over molehill issues. While all truth is truth, the Bible is emphatic that some things are more important. All too often, churches fuss and fight over what is not truth at all, but assumptions and preferences. There are certain truths, doctrines, and practices that are core to your faith. Lose those and you've lost the heart of what you believe and who you are. But, you must know what those mountain issues are, why they are important, and how they connect to the teaching and practice of Jesus.

Paul warned two younger ministers that he mentored about getting involved in "godless chatter" (2 Timothy 2:16 ESV; 1 Timothy 4:7). He told them to stay away from "foolish controversies and genealogies and arguments and quarrels about the law" (Titus 3:9 ESV; 1 Timothy 6:20). He would go so far as to tell Titus:

Warn a divisive person once, and then warn them a second time. After that, have nothing to do with them (Titus 3:10 NIV).

Paul warned the Christians in Rome:

I urge you, brothers and sisters, to watch out for those who cause divisions and put obstacles in your way that are contrary to the teaching you have learned. Keep away from them (Romans 16:17).

He warned the churches of Galatia about the legalists who were trying to add requirements to the gospel:

As we have already said, so now I say again: If anybody is preaching to you a gospel other than what you accepted, let them be under God's curse! (Galatians 1:9).

In other words, Paul is reminding disciples of Jesus to not make mountains out of molehills. He is emphatically saying for us to not let others in our fellowship stir up trouble over molehills or let molehills become gospel.
Congregations who don't know their mountains of greatest doctrinal and missional importance can find themselves regularly fighting over molehill issues. 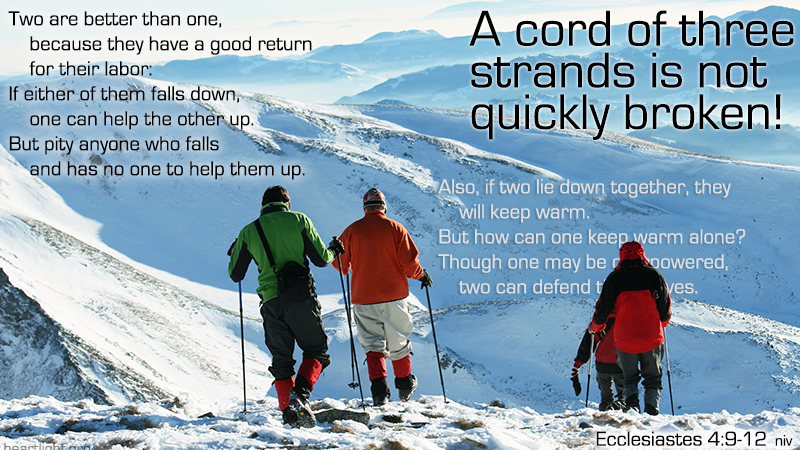 A congregation needs to know what its mountains are. It needs to not fuss, fight, and divide over what are not mountain issues. This unity is especially true for church leaders. Churches can waste so much time, energy, effort, and goodwill on controversies that are not worthy of being called controversies. In these fusses and fights, feelings are hurt, people leave, the congregation suffers, and God's mission gets lost in the tumult. It's one thing to be willing to die on mountains that matter; it is another to destroy the work of God over molehill issues.

These are specific topics we will address in coming weeks. But for today, here are the key questions you, your congregation, your search team, your leadership, and any of your minister candidates need to ask:

Come to think of it, those questions are worth not only our thought but also our prayers.

O God, our Father, help me know the mountains on which I am willing to die. Don't let me waste my time and stir up trouble among your people over molehills. In Jesus' name I pray. Amen. 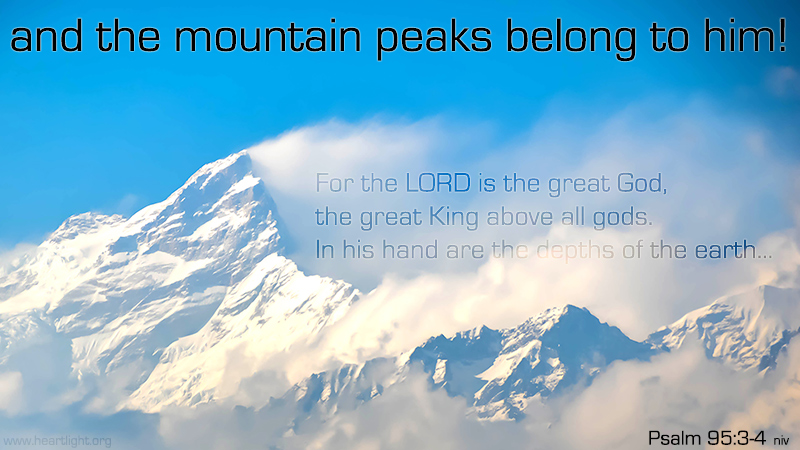 Each of the images can be downloaded in an 1920 by 1080 size along with thematic other images:

"Willing to Die on This Mountain" by Phil Ware is licensed under a Creative Commons License. Heartlight encourages you to share this material with others in church bulletins, personal emails, and other non-commercial uses. Please see our Usage Guidelines for more information.