The Foolishness of 'Getting Even'

Does it really do you any good to get what you want in this circumstance?

ToGather: The Path of the Wind

The Creator has left his fingerprints on his creation and longs for us to know him. 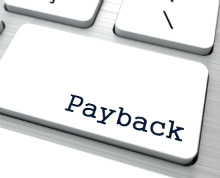 Cynthia* was a woman scorned. When she went to see her ex-boyfriend, she found him with another woman!

Nobody likes to be rejected. Nobody likes the feeling of humiliation and injury that comes as a result of the experience. We human beings have feelings and don't appreciate having them stomped and betrayed. Cynthia is no exception. So she had a few choice words for her ex and stormed out — still seething with anger.

It was only about an hour later that she spotted him driving on the street in front of her. So she put her frustration into action and rammed his car... not once, but twice. After the second slam, she had forced the car off the road. Only when the driver got out and started toward her did she realize her mistake. Oops! It wasn't the former boyfriend. It was a confused fellow driving a car similar to his.

For her out-of-control assault on an unsuspecting and innocent driver, Cynthia was arrested by state troopers on charges of vehicular assault. She not only learned that several different makes of compact cars look very much alike but that revenge is seldom as sweet as it looks from a distance.

Before we are too harsh with an angry woman bent on getting even, maybe the rest of us need to ask ourselves a few questions:

Countless wars have been fought to avenge tarnished honor. Friendships have been destroyed, marriages broken, and children set against parents for this most worthless of causes. Simply because trying to "get even" leads to such terrible outcomes, most of the great ethical teachers across the centuries have rebuked the urge to retaliate. Jesus not only taught his followers to let offenses pass — to turn the other cheek — but to forgive our enemies. He said to return good for evil (Matthew 5:38-39; Matthew 5:43-45). 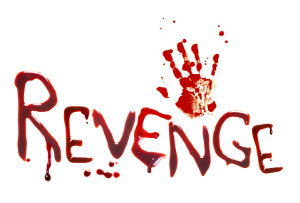 If you have suffered some slight that is still haunting you and tempting you to "get even," you might reflect on Cynthia's experience. Is the pettiness of revenge any less if you ram the right car or hurt the person you intended to injure? Or does retaliation simply diminish you and reveal your lack of character?

Revenge is never really about getting even. To the contrary, it is always a form of falling below another. Only forgiveness allows you to rise above. "In that way," Jesus says, "you will be acting as true children of your Father in heaven" (Matthew 5:45).

* Cynthia is not her real name. However, the actions described in this article are attributable to one historical person who we have chosen not to name.

"The Foolishness of 'Getting Even'" by Rubel Shelly is licensed under a Creative Commons License. Heartlight encourages you to share this material with others in church bulletins, personal emails, and other non-commercial uses. Please see our Usage Guidelines for more information.