The Great Challenge Facing all Women

Are you response-able — able to respond to the right things, in the right ways, at the right time? 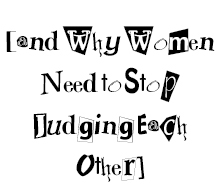 The rocking chairs out in the ash grove sit quiet, solid — steady in the wind.

Steady in the wind. They're calling for another inch of rain today, for it to just keep coming.

Our Hope-girl makes brownies, shakes the popcorn over the stove.

And there's this deep peace that keeps coming — from not coming and going at all.

About listening to rain on the roof and riding down the river with the kids on old tractor tubes and picking cherries out in the orchard with the youngest boy and us all smelling like campfire for days.

About sitting on forgotten back gravel roads with our girl who is taller than me now, us licking spoons dipped in strawberry sundaes and watching the storm come in from the west.

About holding babies as light sun warmed pebbles in our arms.

It happens when we rest — that we relinquish our ambitions to be like God. 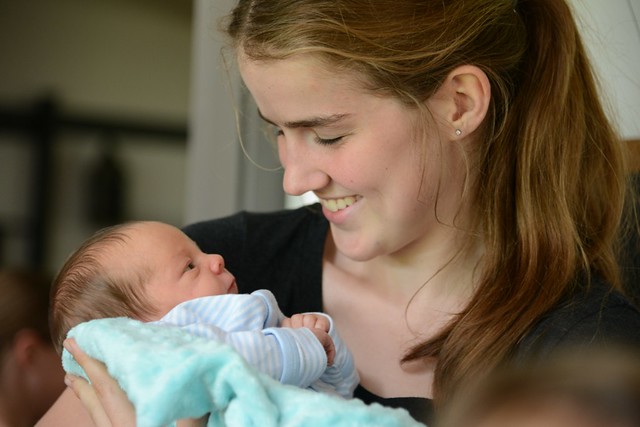 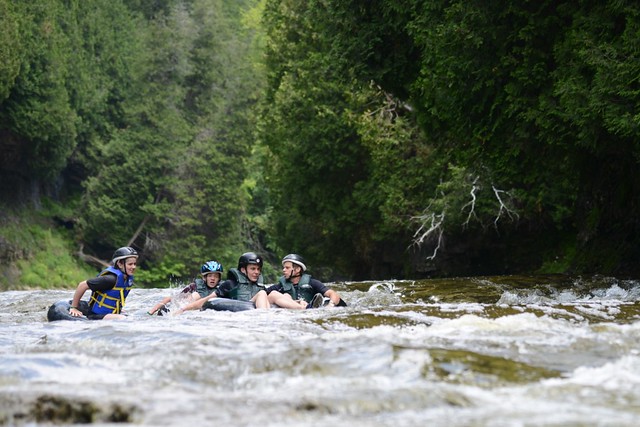 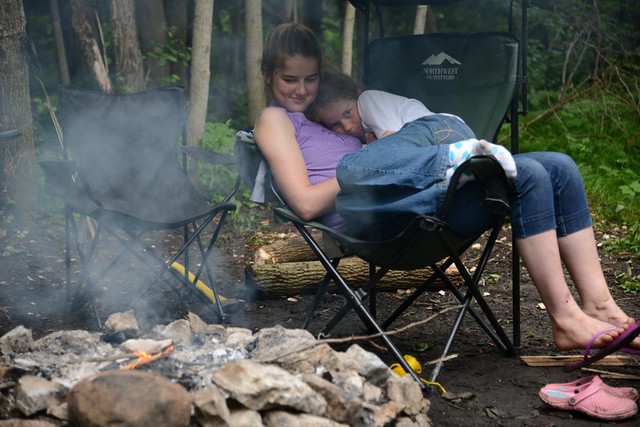 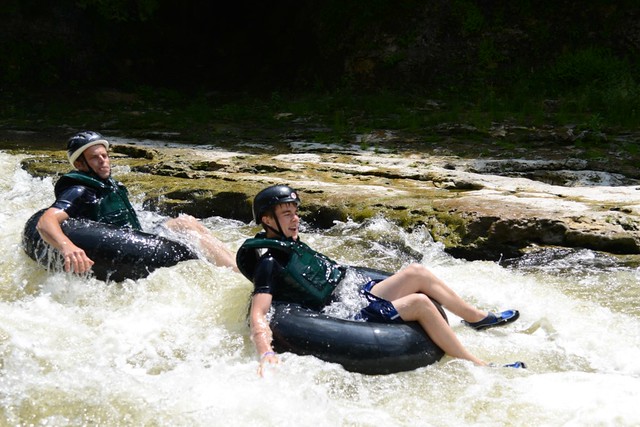 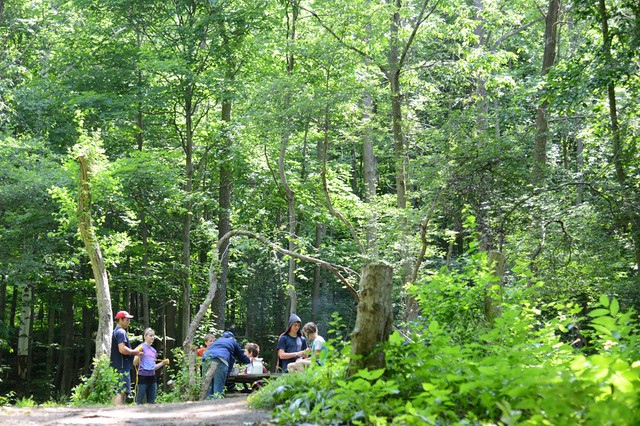 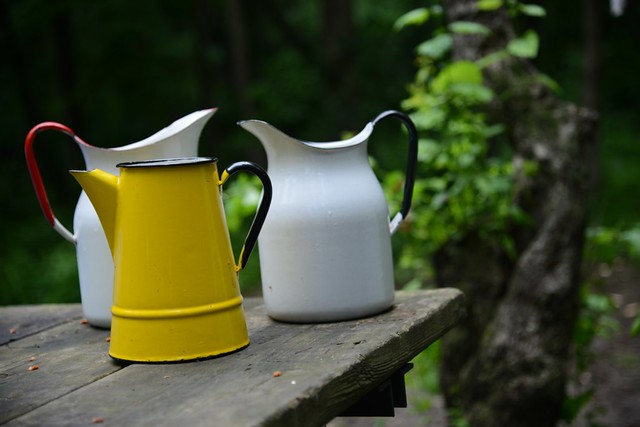 The Farmer says it quiet to me over bacon and eggs flipped sunny side over: "Every yes automatically says no somewhere else."

I say my quiet "No's." And we wander away to the woods, pitch tents, walk bare foot, feeling how we're tents of meeting and holy ground can be anywhere.

After stars come out and we finally zip the last tent flap close, you can hear this growling. You can hear our Hope-girl nudging Shalom dozing off in her sleeping bag: "Shalom — is that your stomach?"

Um, no —- that would be two raccoons scrapping like wanna-be bears right on the other side of the tarping plastic, not your sister's stomach!

So on the morning of our 20th wedding anniversary, the Farmer and I wake up in a tent on a leaking air mattress with a rock driving angry into my back and him smiling exhausted from chasing away raccoons in the middle of the night — but we have all six of our bed head grinning kids right there around the campfire wanting to know where the sausage is? Laughing hard over raccoons and growling stomachs and slapping down mosquitoes the size of water buffalo.

And their mama's standing there like a fool memorizing their faces.

Because it doesn't matter what any gatekeeper says: Mothering a mess of kids is as important as preaching to a stadium for a month of Sundays.

The internet age may try to sell you something different, but don't ever forget that viral is closely associated with sickness — and focusing on numbers can make you nauseated.

I begged grace from Max Lucado a few weeks ago with this note that I wouldn't be able to speak as planned.

Your most meaningful work in the Kingdom of God may not be the big things that you do — but the one little person you love.

Someone sends me this recent interview with Indira Nooyi, CEO of Pepsi, named by Fortune Magazine as the #1 most powerful woman in business in the world in 2009 and 2010 and mother of two. She gave what some are deeming the interview of the year:

I think about Indira's Insight while I make decisions in the garden. While I bend over each strawberry plant, press the delicate white petals between thumb and index finger — and then just pluck it off. So there'll be no strawberries this year.

It's what you have to do: "Pick off all first blooms to ensure subsequent harvests are more plentiful."

If you ever intend for the strawberries to produce heavily throughout the season, you have to choose to sacrifice the first harvest, so that all the growth and energy could be more efficiently invested into producing later crops.

Cut out that which seems good to invest in the best.

It is the law of life: Early sacrifice for later bounty.

Because there's a counter-intuitiveness to it, this plucking off certain life activities that will yield good fruit. Some might even think it foolish to pare back, when the bloom and gifting apparent; a good harvest inevitable.

Yet it's the pruning of seemingly good leaves that can grow a better life — to allow later seasons to yield the longed-for abundant crop.

It takes courage to crop a life back — but it's exactly the way to have the best crop of all.

What seems like hard work that's taking an eternity today is exactly what may make the most difference in eternity.

"Every yes automatically says no somewhere else."
Indira's Insight rings loud. 'You can have it all' — isn't the whole truth.

No matter where you are — it's never all easy. A crop is made by all the seasons and the only way to have it all — is not all at the same time... but letting one season bring its yield into the next.

This is how to have no fear — each season makes a full year.

What can seem like a plucking of dreams — may be the wisest of investments. In the later harvest. The sweetest one.

You can see it when you pluck the strawberries, hoe the beans, cut the lettuce, when you stand there in the thickening dusk. You can see that the garden is one and the garden is a myriad of plants flourishing in their own space, their own way, their own time. Heaven forbid that you'd try to make all the cherry tomatoes into zucchini plants.

Heaven forbid any woman would go around and try to make all women into an image of herself.

Heaven forbid any woman would set up her life as a standard instead of making grace the standard of her life.

It's the differences between us that makes us a Body and not a uniform. Christ makes us a Body — not a faith factory. He calls us to be Christ followers —- not cookie cutters. Break the measuring sticks of comparison — or we break our own souls.

Because the bottom line simply is: If you aren't encouraging women to live out their particular calling, you may just be idolizing a particular idealized form of yourself.

Malakai carries in a bowl of rain wet spinach from the garden. The tomatoes are still flowering, the peppers shooting up. There's this fierce trust that the Spirit will bring the bounty of a feast in His time to feed and grow the Body in His way. And yeah — we each get to make our own unique decisions knowing we've heard God's unique calling for us.

People will always have opinions about you. But you live for God because He's the only one who has intimate knowledge of you. 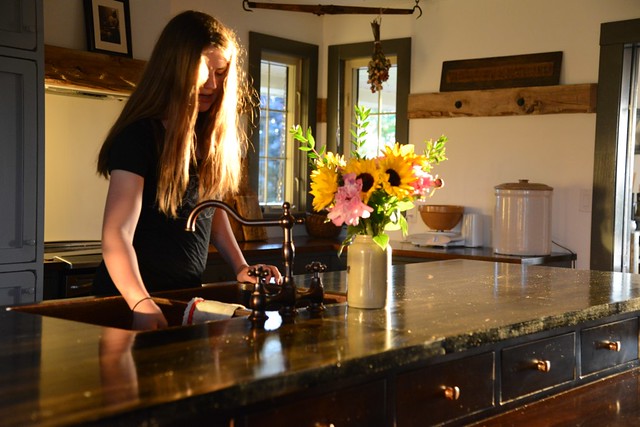 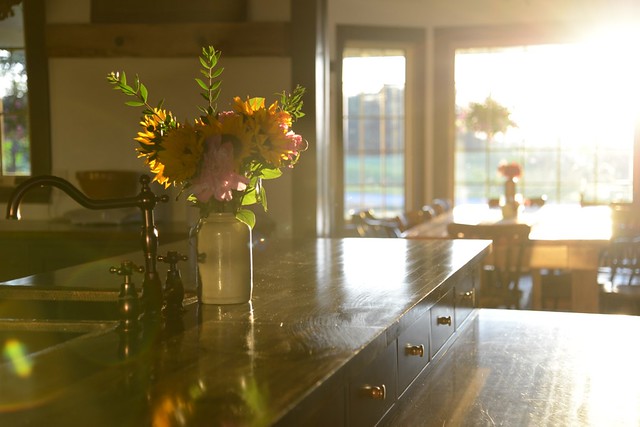 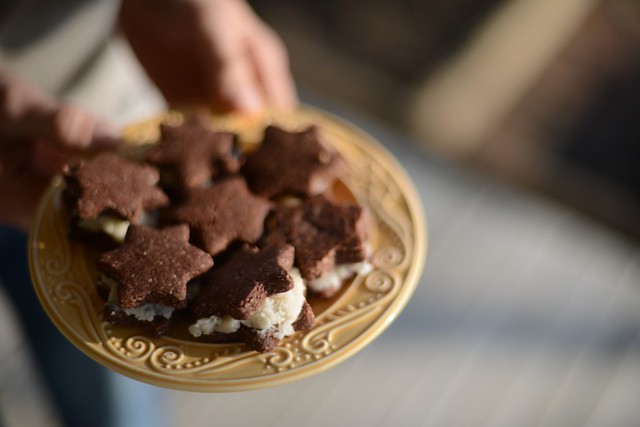 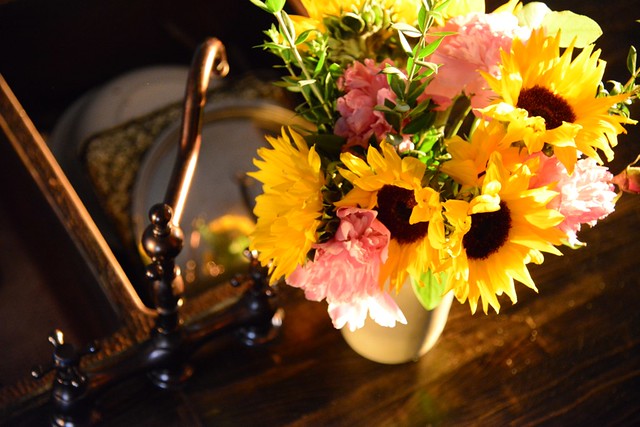 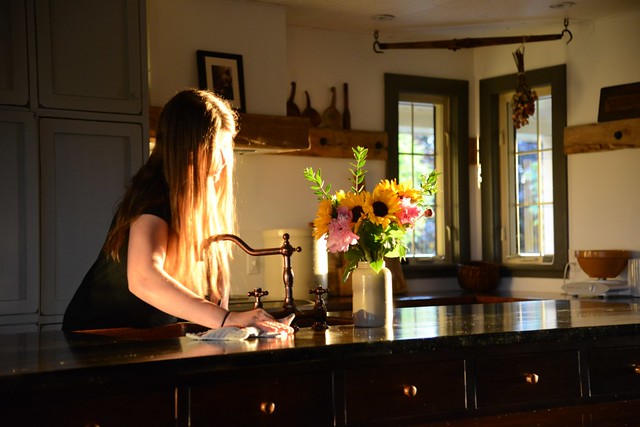 Hope and I wash the kitchen down while the brownies cool.

The sun breaks through. The roof falls silent now. Rocking chairs still in the grove, armrests dripping soundlessly. Steady in wind. Knowing what they're about. The evening light falls long and quiet across the counters.

Often the evidence of maturity is response-ability — the ability to make the right response at the right time.

There are crops finally coming to maturity — "Yeses!" and "Nos!" coming in their own right time.

"You want to have one of the brownies out in one of the rockers with me?" Hope looks up from the tap, her cloth in hand.

And there are holy "Yeses!" that are just to the one — to a girl at the sink with a bunch of flowers.

Ann's teaching, writing, speaking, and photography have blessed tens of thousands in many languages and her books are available in multiple languages...

"The Great Challenge Facing all Women" by Ann Voskamp is licensed under a Creative Commons License. Heartlight encourages you to share this material with others in church bulletins, personal emails, and other non-commercial uses. Please see our Usage Guidelines for more information.