Following God in the Wilderness

Can you hear the sound of trumpets? 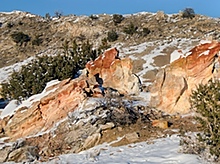 by Mark Frost (05/25/2014) | Kingdom Leadership
Sherry has been divorced for five years. Recently, she met a man who stirs something inside her. Sherry realizes how lonely she's been, but is still a bit surprised by how powerfully she is drawn toward this man who seems to genuinely appreciate her. She feels that she made a poor choice of a marriage partner the first time and thus doubts her ability to make a good choice this time. She cries out to God for guidance.

Jeremy has just graduated from college. He has two job offers. One is with a major corporation, where he would start low on the totem pole, but would be on a track that could one day lead to an upper management position... or to a dead-end job somewhere in middle management. The other offer is from a small non-profit that works with at-risk youth. He has a heart for helping others and longs to make a difference, but the salary is quite modest and even if he eventually became the CEO, he'd make about the same as a mid-level manager at the first company. He cries out to God for guidance.

Like Jeremy and Sherry, many of us feel a need for God's direction, especially at significant crossroads in life. The world is a scary place and we've never travelled this road before. And with many of the decisions we face, the stakes are unbelievably high. We long for the comfort of knowing that God is with us on the journey and that he is showing us the way.

Congregations, like individuals, yearn for guidance from above. That desire can be especially acute when the church is between ministers. It is then that questions seem to outnumber answers by a sizeable ratio:

And so we cry out to God for guidance. And as we do, we find a close kinship with the generation of God's people who came out of Egyptian slavery, only to have to confront the rigors of the wilderness. If ever a people needed guidance from above, it was the children of Israel. And God did provide them with direction:

You can't miss the idea here. Whenever the Israelites set up camp, they had no idea whether they would be moving on the next morning or they would be settling in for several months. Mentally, they had to be prepared for either possibility. The bottom line was that they were focused on moving at God's prompting and in his timing. This points us to a fundamental mental shift we must make if we are to follow God. It's simply the recognition that he is calling the shots; we are not.

Most of the time, we have the wrong starting point. We gather facts, analyze data, set goals and make decisions. Then we ask God to bless our plans. The Israelites had a different starting point: they began each day by asking, "Where is God?" And when they perceived that God was on the move, their sole priority was to move with him.

The Israelites had a different starting point: they began each day by asking, "Where is God?"
When we face troubling circumstances and difficult decisions, we tend to get covered up by details and confounded by competing priorities. Before long, we are overwhelmed and paralyzed by maddeningly baffling complexities. In such times, we need to pause long enough to ask, "Where is God in all of this?" I know that for me at least, my rising anxiety level is a good indicator that I need to slow down and ask that important question.

How does a church leader discern where God is and where he is leading?

Of course, the most obvious advice is to open the Bible. Indeed, Scripture was given for our guidance and no one can hope to discern God's leading apart from an intimate knowledge of it. Sometimes, God's direction jumps off the page in the form of a clear command or plain precept that leaves only one course of action, other than defiant disobedience. More often, his guidance is perceived as we live with the Word, becoming thoroughly familiar with the ebb and flow of God's movements through the centuries as reflected in the stories of his people. The more familiar we are with those stories, the more skilled we become at detecting God's purposes in our current circumstances.

Careful study of the Word must of course be joined with dedicated prayer as we seek to follow God's lead. If we are searching to discover where God is in our present setting, doesn't it make sense to ask him? Much could be gained by praying:

Lord, I have trouble seeing where you are in this situation. Please show me what you're up to, what your purposes are, and where we fit into that plan.

To those who earnestly pray such a prayer, Jesus promises, "seek and you shall find."

Listen for the Trumpets

Finally, we need to "listen for the trumpets." Scripture fills in a few more details on how the Israelites followed the pillar of cloud (Numbers 10:1-28). It tells us that when the high priest and his sons observed that the cloud was moving, they were responsible for blowing trumpets, signaling to the people that it was time to pack up and leave. The people, hearing the blast, would immediately gather their belongings and set out.

The New Testament tells us that all believers are priests (1 Peter 2:9). We need to teach and encourage all Christians, from the greatest to the least, to be attentive to the movements of God. And as leaders, we need to attune our ears to the voices of our fellow-believers as they bear witness to what God is up to.

Six years ago, a recovering alcoholic began attending the church where I was preaching. Soon he was baptized and started inviting his friends from AA to attend services with him. Before long, he was talking about the exciting changes that were taking place in the lives of these people. The leaders of the church wisely listened to this "trumpet blowing," and as a result, the church now has a healthy, growing recovery ministry. 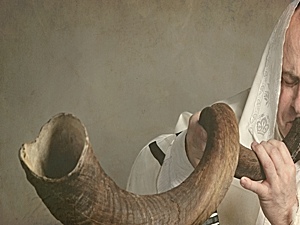 For a congregation that has lost its minister, the temptation is to focus solely on the task of finding the next preacher. How much more effective might we be if, instead of asking "where shall we find our next minister?" we asked instead, "Where is God in this time of transition"? And then, if we were to listen intently to the "trumpets" in our flock announcing the movement of God among us, we would find ourselves to be a people on a mission, united in purpose and ready to receive a man called by God to bless us with his gifts.

"Following God in the Wilderness" by Mark Frost is licensed under a Creative Commons License. Heartlight encourages you to share this material with others in church bulletins, personal emails, and other non-commercial uses. Please see our Usage Guidelines for more information.