So you believe in God, big deal, what are you going to do about it? 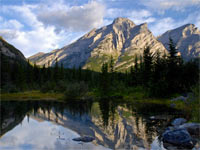 In a recent interview in Rolling Stone Magazine, Bill Gates was asked about many things — his involvement in his foundation to better our world, his return to Microsoft® as their chief technology advisor, and then a surprise question. "Do you believe in God?" Here's his answer that Rolling Stone printed:

I agree with people like Richard Dawkins that mankind felt the need for creation myths. Before we really began to understand disease and the weather and things like that, we sought false explanations for them. Now science has filled in some of the realm — not all — that religion used to fill. But the mystery and the beauty of the world is overwhelmingly amazing, and there's no scientific explanation of how it came about. To say that it was generated by random numbers, that does seem, you know, sort of an uncharitable view [laughs]. I think it makes sense to believe in God, but exactly what decision in your life you make differently because of it, I don't know.

This question grabbed my attention for many reasons. My wife and I just returned from Asia. We were there for many reasons, but one of them involved a young Chinese woman precious to us. She was struggling to truly believe that God was really there for her. The question also grabbed my attention because I know that many influential people are going to be chatting, Tweeting, and Facebooking about what Gates said.

For this precious young lady, three key messages of Genesis chapters 1 and 2 were important for her to consider and ultimately believe: 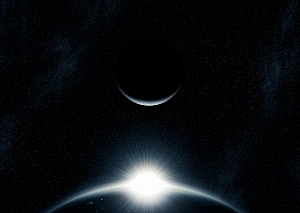 While we have found all sorts of things to argue about in these first two chapters of the Bible, those three claims that lie behind Genesis chapters 1 and 2 are powerful messages — really startling claims — that God is behind everything that matters and that is precious to our lives as humans.

For this young woman so precious to us, each of these was a bit hard to grasp since she was raised to not believe in any religion — that things happened "naturally." The only problem was, "naturally" could only take you so far and then you were left with your own leap of faith to believe something happened somehow, to start everything we know and bring order out of the mess it began with, and then somehow we ended up as people... all by random chance and accident, with no clear way of knowing how it all began — a beginning without the Beginning-Maker, order without the Orderer, and creation without the Creator.

However, the statement Gates shared that intrigued me most is this one:

I think it makes sense to believe in God, but exactly what decision in your life you make differently because of it, I don't know.

This question is the question I wish more of us who say we believe in God — and believe his incarnation in Jesus — would ponder. It's the "Now, so what?" question that I've spent the last 37 years of ministry trying to get people to ask for themselves.

We live in a time of interior religion — very much a part of our Western culture individualism. We also live in a time when religious people are basically told, "Be nice, stay out of the way, and please keep our mouths shut in public." So I will be a bit of a contrarian, or at least a thought-provoker, within my own cultural tribe, the God-believers. I challenge us to ask that "Now, so what?" question a lot more and let our answer make an intentional difference in how we choose to live. Too many of us are running around spouting our opinions about all sorts of things. What I'd like to see more is what an old professor of mine used to call "putting your life where your mouth is."

So you believe in Jesus? Well, that's good, "Now, so what?" How do you live differently? How do you show the Jesus lifestyle in your own life? Oh, you haven't really read much of Jesus' story, you are just going by what you heard from someone else or thought you already knew? Hmm. Wouldn't it be good to go read a little about what Jesus said and did since we are given four different accounts of his life, words, and teaching? Then after spending some time with Jesus, start asking "Now, so what" about...

"I think it makes sense to believe in God and I've made these changes and set these goals for my life."

The "Now, so what?" question is the question begging to be answered — answered with changes in our lives because we believe Jesus stated and demonstrated the truth of God; truth we are going to do our best to live!

Why all this fuss? Why, Phil, is this such a big deal to you? Why burn a couple minutes of my life that I can never get back having me read this?

Because everything that matters in the end depends on what you and I do with our "Now, so what?" questions. 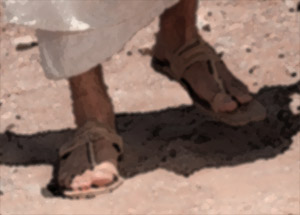 How do I know? Well, remember how Jesus ended his challenging teaching we call "The Sermon on the Mount"? It's the parable of the wise and foolish builder (Matthew 7:24-27). According to Jesus, the wise man whose house stood firm in the storm is the person who "hears these words of mine and puts them into practice" (Matthew 7:24). In other words, they ask the "Now, so what?" question and adjust their lives accordingly. And the foolish person? The one whose world can't stand up in the storm? Surely it's the one who doesn't believe, right? Not in this case. The foolish person according to Jesus is "everyone who hears these words of mine and does not put them into practice" (Matthew 7:26). Jesus' message goes in one ear and out the other. The message of Jesus never moves beyond data transfer. They never get around to asking the "Now, so what?" question.

Sooner or later, we are going to need to be able to say, "I think it makes sense to believe in God and I've made these changes and set these goals for my life because I learned them from 'Immanuel,' God with us" (Matthew 1:23).

* The four gospels are the first four books in the New Testament, called Matthew, Mark, Luke and John. They tell the story of Jesus' life from a little different point of view shared with people who had challenges that could be answered by the life, words, and example of Jesus.

"Now, so what?" by Phil Ware is licensed under a Creative Commons License. Heartlight encourages you to share this material with others in church bulletins, personal emails, and other non-commercial uses. Please see our Usage Guidelines for more information.