What a terrible Day?

What really makes our days bad, hard, and difficult to swallow? 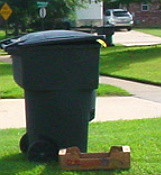 by Steve Higginbotham (08/02/2013) | Together in His Grace
Today, I had a terrible day. Everyone was against me. Some days, I get so frustrated with people. Sometimes I wish I didn't have to deal with people at all. They can be so unreasonable. Today was one of those days.

Today was "trash day." I took out our trash the night before, but when I pulled out of our driveway, I noticed that our grouchy neighbor had thrown a piece of his trash in our yard, close to our trash can! (But he didn't. The wind blew it over).

After dropping the children off at school, I needed to make a left-hand turn 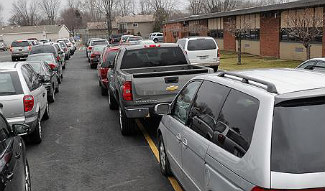 into a long line of traffic. I saw one of my friends in line and thought she would let me out in front of her. She saw me, but wouldn't let me out. Some friend she is! (But she didn't see you. She was miles away in her own thoughts).

At work, two people in the office were talking, and right after I walked by, they both started laughing. I know they were making fun of me. (But they weren't. They were laughing at a funny story).

The cashier at lunch shorted me almost a dollar in change. See if I ever go back there. They tried to cheat me. (But they didn't. It was an honest mistake).

I tried to call a close friend today and talk, but she refused to answer her phone. She was dodging my call. (But he she wasn't. Her battery needed recharging).

I wonder how many terrible days are just ordinary days that we made terrible by our attitudes?
I was running late for Wednesday Bible study, and didn't sit where I usually sit. Instead, I had to ask a person to slide down the pew just a little to make room for me. She slid, but it wasn't 30 seconds till she got up and left because I made her mad by asking her to move. (But you didn't. She wasn't feeling well, and decided she needed to leave). 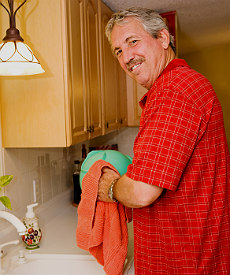 After returning home from church, I crashed on the couch due to my rough day, but my husband started washing a huge stack of dishes. That's his passive aggressive way of saying, "You're not a very good housekeeper." (But it wasn't. It was an act of love).

You know, there's a reason why God tells us not to judge one another's motives (Matthew 7:1-2), because we're not very good at it at all! I wonder how many terrible days are just ordinary days that we made terrible by our attitudes and false judgments? Give it some thought.

"What a terrible Day?" by Steve Higginbotham is licensed under a Creative Commons License. Heartlight encourages you to share this material with others in church bulletins, personal emails, and other non-commercial uses. Please see our Usage Guidelines for more information.