We know him who said, "It is mine to avenge; I will repay," and again, "The Lord will judge his people." It is a dreadful thing to fall into the hands of the living God.
— Hebrews 10:30-31

God hates injustice, unfairness, brutality and abuse. In a world where the greedy, the murdering, the thieving, the raping, the mugging... get away with their shameless and despicable behavior, God is the ultimate assurance that justice will be done and the wicked will not triumph. While those who love and serve Jesus' expect his return with anticipation and joy, those who are evil and vile will find out what a dreadful thing it is to fall into God's hands.

Holy and Righteous God, my Heavenly Father, I am both uncomfortable and comforted to know that you will bring justice on those who have violently abused the innocent, weak, helpless, underprivileged, and infirm. I hate to see anyone lost. I hate even worse when evil people harm those who are good and kind and godly. Give me the courage to stand in between the evil of my world and those on whom it preys. Because of his grace and victory over sin and death, I pray in the holy name of Jesus. Amen. 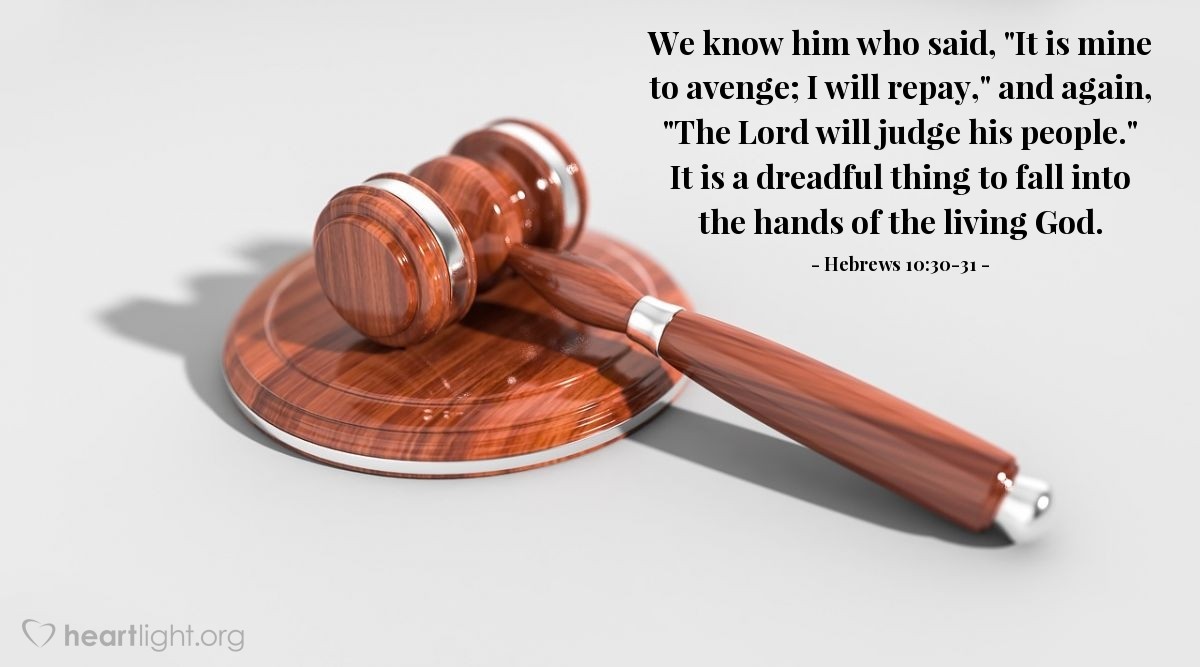